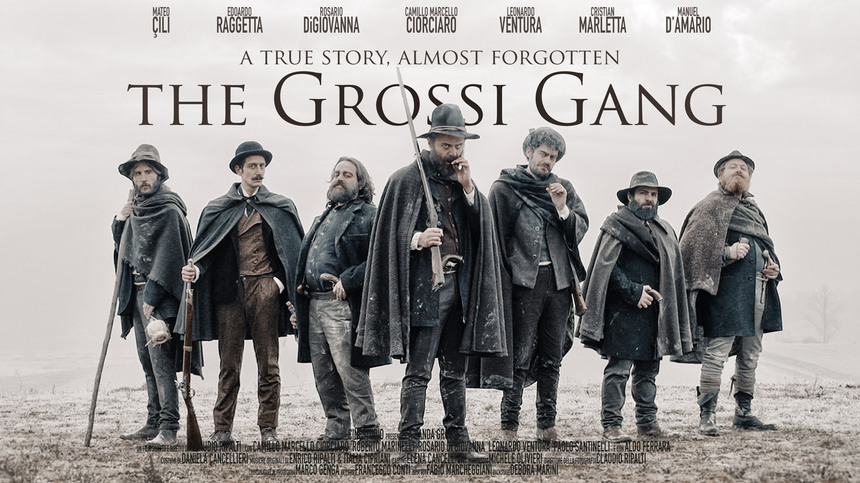 When Maestro Sergio Leone invented the “Western à la Italiana” genre, late in 1960, He could not talk about Italy because no one would have taken seriously a story of outlaws not set in the USA. He and his crew went as far as changing their names to English pseudonyms in order to seem more credible. "I strongly believe that, were He alive, he would have probably recounted the story of The Grossi Gang and his leader Terenzio, one that had the courage to speak when everybody else was keeping their mouth shut", says Claudio Ripalti, the Director of the movie.

On Monday, 11th of July, the Kickstarter campaign for "The Grossi Gang" has started; a groundbreaking, independent feature film made in central Italy that will shed light on the story of Terenzio Grossi and his gang mates. A two hours western movie recounting the true story of the gang bound to change Italian history.

Less than 72 hours from the start, the campaign had already raised 10.000 Euros, and became a "Project We Love" after just two.

The crowdfunding campaign is meant to complete the production budget of the movie, directed by indie film-maker Claudio Ripalti and produced by Cinestudio Italy. A true story, almost forgotten, recounting the tales of Terenzio Grossi, who manages to form a gang composed of young rebels, his goal to try and revolt against the newly formed Piedmont State.
Disillusioned with politics, hungered by ever-increasing taxes and unwilling to participate to mandatory draft by the army, the gang will seize Central Italy with the help of a growingly restless and angry population. In two years of crimes, violences and murders at the expenses of the richest and noblest, the gang will rise to its fortune in spite of coward and unprepared local authorities.

Check out the trailer on YouTube (https://www.youtube.com/watch?v=O7uR6znXAgc&yt:cc=on and make sure to turn Subtitles on)

With the help of the Crowdfunding Community, The Grossi Gang will land in cinemas in 2017, breaking the rules of the movie industry just like maestro Sergio Leone did with his films in the sixties.