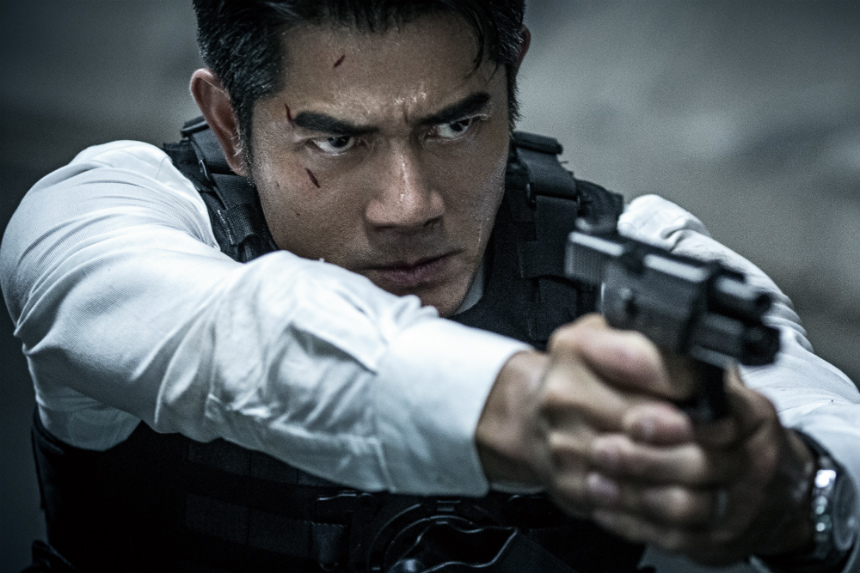 Leung Ka Fai (aka Tony Leung, aka Big Tony) is the force of nature that propels Cold War 2 through nearly every tight spot it encounters.

Returning as M.B. Lee, a granite-faced police official who graciously retired and ceded his power to Sean Lau (Aaron Kwok) in 2012's Cold War, he is alternately hot and cold in the sequel, but always cool. As a 30-year veteran of the Hong Kong Police Department (HKPD), he has learned how to control his temper, but when the volcano wants to blow, it blows, and so does Lee, and he leaves a trail of destruction in his wake.

Leung infuses Lee with a range of emotions that are only barely suggested when his eyes widen and narrow with anger or distrust, betrayal or gratitude. Yet on Leung's face, his micro-gestures manage to stand out in a wonderful, subtle manner; it's easy to imagine being in his presence and missing entirely the true feelings that he conveys, almost magically, to the camera.

Cold War 2 picks up from the final moments of Cold War, which is not required viewing to watch and enjoy the sequel. (True confession: I only caught up with the original, which I enjoyed immensely, earlier this week.) If you haven't seen the original yet, a synopsis is provided as the new movie begins. Then Sean Lau is appointed as HKPD commissioner and is immediately plunged into a no-win situation.

His wife has been kidnapped by the same enemy forces that drenched the city in terror during the first go-round. In return, the kidnappers demand that Joe Lee (Eddie Peng Yuyan), the imprisoned and dishonored son of M.B. Lee, be released. As Commissioner Lau soon discerns, however, the criminal intentions are less about individuals than they are about creating more chaos on a citywide basis, establishing an atmosphere in which something even more sinister can take hold of Hong Kong. 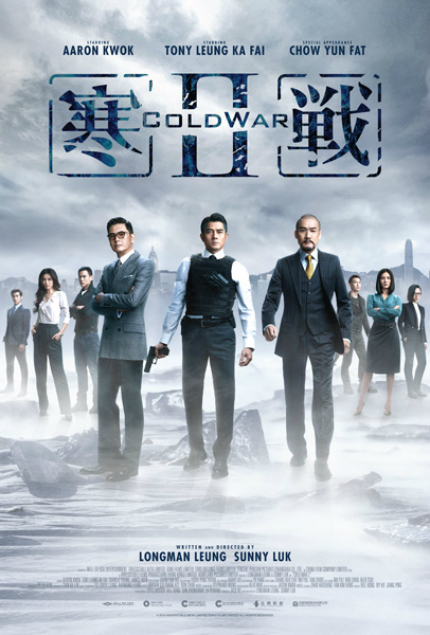 In the current Age of Terrorism, that's something everyone can understand, even without knowing specifically how the Hong Kong government works. Likewise, it's easy enough for those of us who live elsewhere to apply the movie's criticisms to prominent bullies with money or power who want governments to run as they see fit.

The relationship between Lau and the senior Lee begins on a cordial, supportive note and then becomes fraught with tension and suspicion. In effect, they are leading men who take charge of every scene in which they are present, while dealing with the ever-present dangers presented by the criminal forces.

Oswald Kan (Chow Yun Fat), former judge and current legislator and senior counsel, adds to the fireworks by looking at everything from a questioning legal viewpoint. As played by Chow, Kan is a stern yet fair man, seeking justice and brooking no possibilities for injustice. For Chow, it's a choice supporting role, one that allows him to demonstrate his ability to command the air around him to stop moving.

When the three screen veterans finally play a scene together, it feels like thunder and lightning. It's brief, but it's the culmination of a very good build-up. The leading players are aided and abetted by Charlie Young as Phenix, a loyal associate of Lau; Janice Man as Isabel, a loyal associate of Kan; Aarif Lee as Billy Chung, an adversarial investigator from the first film turned into one of Lau's collaborators, and others, including Waise Lee as Secretary of Justice Edward Lai.

Much of the early portion of the movie is given over to hearings and meetings, but what makes them fly is the swirling camera choreography engineered by directors Longman Leung and Sunny Luk -- who also wrote the script with Jack Ng -- and director of photography Jason Kwan. The camera is constantly moving, swooping and diving gently through scenes of dialogue that visually match the action sequences.

Together with film editors Jordan Goldman and Ron Chan and music composer Peter Kam, who delivers a magnificent score that often chews up the scenery, the creative team keeps pulses pounding throughout the occasional hiccups. Action director Chin Ka Lok has an impressive resume and this movie only enhances it, thanks especially to one extended and extremely brutal sequence involving motor vehicles, guns and blood that left me breathless and drained.

Cold War 2 is not entirely about the action scenes; it's a suspenseful drama with something to say about those in authority and those who want to be in power. That it manages to do so while also masquerading as a summer popcorn picture is a definite bonus.

The film opens in Hong Kong, Singapore, and select theaters in Canada and the U.S. on Friday, July 8.