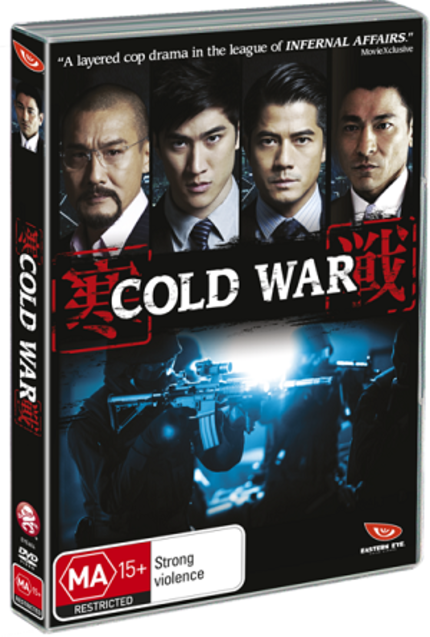 Cold War is Hong Kong's latest and greatest police crime parable, Set mostly in the confines of the upper echelons and high rises of the police force, this searing thriller balances personal, criminal and political corruptions.
Check out our review here!

Approaching midnight in Hong Kong, police headquarters receives an anonymous call: a fully loaded police van carrying the force's most advanced equipment and five highly trained officers has disappeared off the grid. The hijackers possess direct knowledge of police procedures and are already several steps ahead. The police must meet a list of demands to ensure the hostages' release, including the delivery of a large ransom. Any delay will cost lives. The clock has begun to tick.
Rival Deputy Commissioners Sean Lau and Waise Lee fight to take charge of the rescue operation, code named Cold War. Lau wants to negotiate with the hijackers while covertly tracking them to their hideout. Lee is ready for an all-out aggressive attack, no matter the cost. For them, there's much more at stake than the safety of the hostages or the reputation of the police. With the Commissioner stepping down, the seat will soon be vacant.
Lau and Lee are aware that every decision is crucial, that each minute counts. But as they execute a carefully planned attack, they know they've become unwitting pawns in a bigger, more dangerous game.

We have five DVD's to give away with thanks.to Madman Entertainment.

To get your guilty prints on one of these simply email me at kwenton[at]screenanarchy[dot]com with, in 25 words or less, your favorite Asian crime film and why. Make sure you include your name and address.
Competition closes midnight 1 July 2013 AEST.
Thanks for playing, and good luck!
Tweet Post Submit