LAKE BODOM: Check Out The Local Poster Art For The Finnish Slasher

We've been keeping a close eye on Taneli Mustonen's upcoming Lake Bodom - known simply as Bodom in his home country of Finalnd - for quite some time now and with the Finnish release nearing they have just released the first Finnish theatrical poster art by Alen Grujic at Balkan Art Department.

Every camper’s worst nightmare came true at Lake Bodom in 1960 when four teenagers were stabbed to death while sleeping in their tent. As the years passed and the case grew cold, the unsolved mystery turned into an urban legend, a creepy campfire story passed from generation to generation. Now, a group of teenagers arrives at the same campsite, hoping to solve the murder by reconstructing it minute by minute. As night falls, turns out not all of them are there to play...
Tonight... it’s girls against boys. Let the killing games begin.

Check out the poster below - and remember you can click to enlarge - along with the previously released trailer. 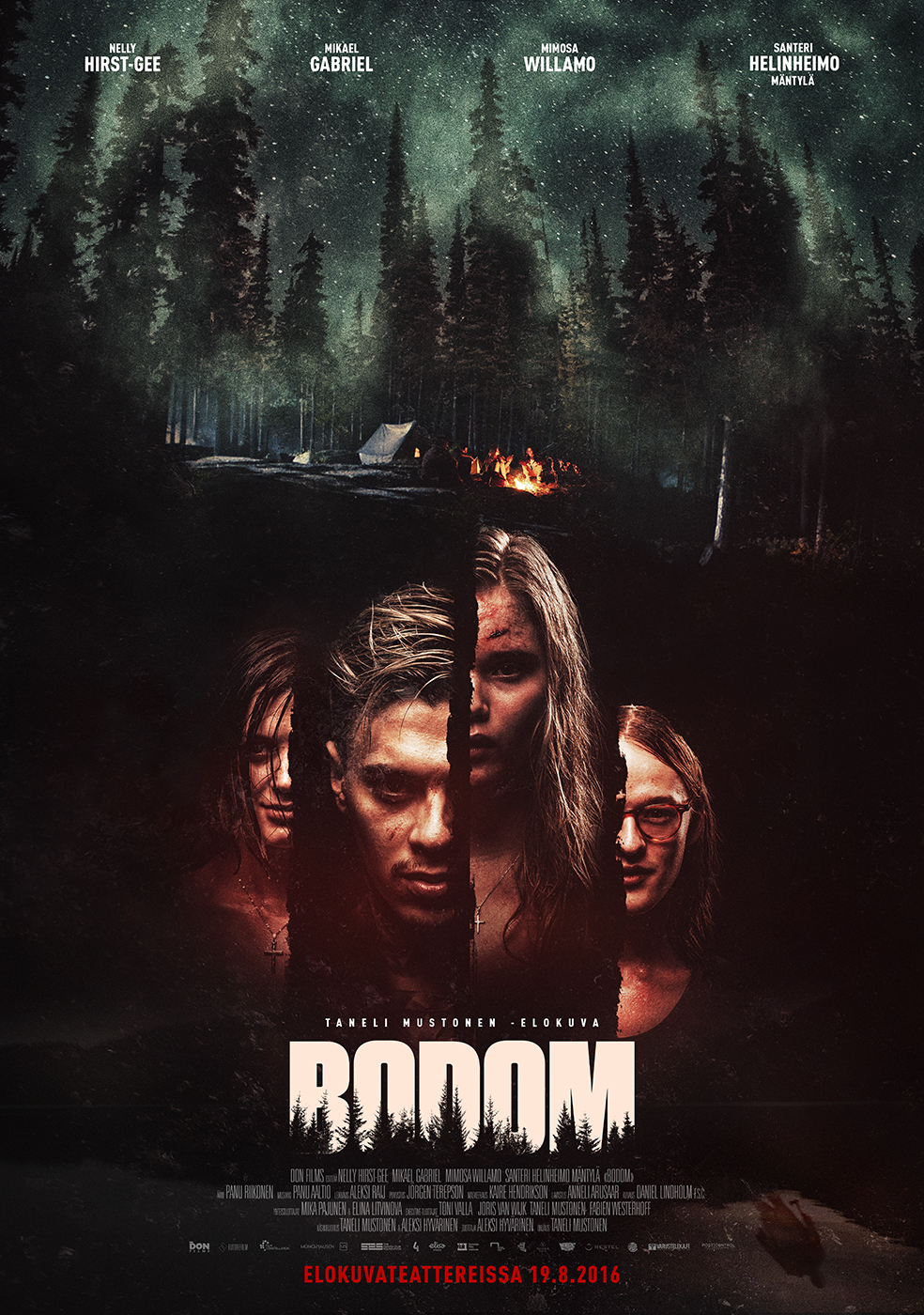