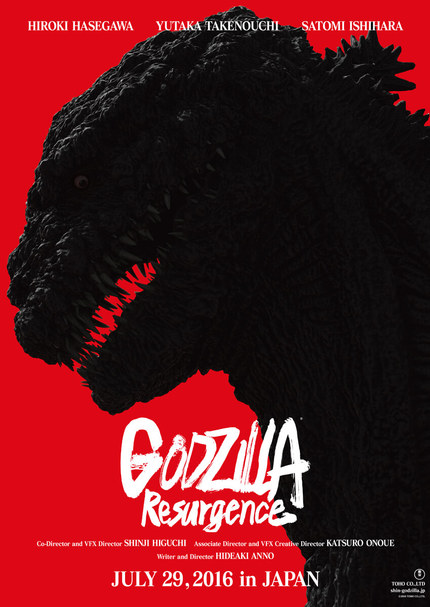 The trailer follows the same formula as the earlier release, opting for an epic score over long shots of broad scale destruction. The approach seems to be all about mood and tone and showing off the actual beast itself and, good lord, when it works it really, really works. Watch for the shots tracking the helicopter squadron, in particular. This thing is being released on IMAX screens in Japan and Anno has clearly taken advantage of the broader palette afforded by the huge screen format and I sincerely hope there is a chance to see it that way on this side of the ocean at some point.

The TV spot is a much more conventional affair featuring more action shots of the human characters while poor Godzilla gets shot in the groin by quite a lot of tanks. That can't be comfortable, not even for a giant radioactive monster.

Check out both below!