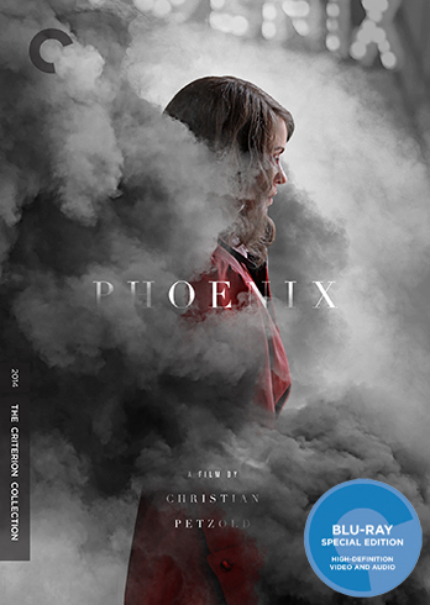 Suspense, belly-laughs and a jaw-dropping bit of adult oriented animation round this series of Criterion Collection reviews. I highly recommend them all.

In April the label released an edition of Phoenix (2014) a film which was nominated for, and won, a slew of awards from various film and critics groups. I’ve never really gotten used to Criterion releasing newer films. Their label was more about establishing a canon of classic cinema for me.

But most of the newer films they’ve chosen are so great it hardly seems worth complaining about. Phoenix falls cleanly into that category and, in fact, sits near the top of it. This is a movie that was bound to wind up being a Criterion Collection release someday.

Phoenix is about a Jewish woman who has to redefine herself when she undergoes facial reconstruction after World War II. Complicating things is the fact that her German husband may, or may not, have turned her in to the Nazi authorities in order to get his hands on her money. When she’s able to find him he doesn’t recognize her and asks if she will impersonate his wife to help get the will out of testate. Complicating that is the fact that the woman who has been caring for her has fallen in  love with her and made her the focus of hopes for a restored post-war life.

Phoenix is one of those rare movies that seems very good, but not hauntingly great, until the very end. The parts are all there. Fantastic neo-noir cinematography that takes advantage of a ruined post-war Berlin, evocative performances and direction. But it could almost be construed as a less evocative take on Hitchcock’s Vertigo until the very last minute of the film. Rarely has a title been so provocative. Phoenix rises indeed. It's devastating and well worth inclusion in the Criterion canon.

The Blu-ray sports a new 2K digital transfer, with 5.1 surround DTS-HD Master Audio and new subtitles. Special features include a conversation between director Christian Petzold and actor Nina Hoss and an interview with cinematographer Hans Fromm which, along with a 2014 documentary making of doc, do a good job of unpacking the themes of the story and craft that went into Phoenix’ gorgeous presentation. The booklet contains an essay by critic Michael Koresky. 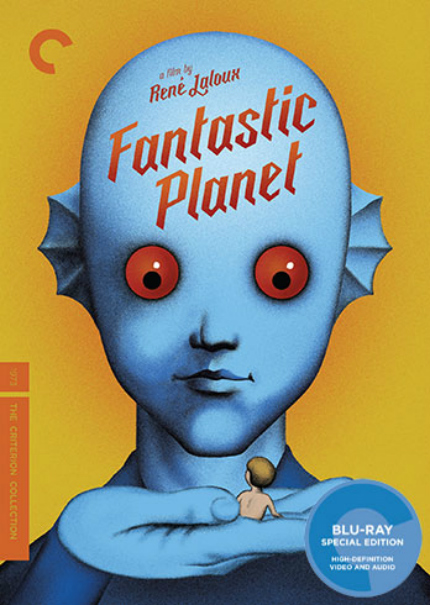 June saw a fantastic release of Fantastic Planet (1973). Besides being a key film for people interested in adult oriented animation, Fantastic Planet is also a keen reminder of what such animation looked like in the 1970sover art for this release sent me searching out my own favorite titles of that period to get a grip on exactly what drove that boom in widening the audience for animation in general.

There’s no doubt that 1968s Yellow Submarine was the catalyst for adult animations golden age in the seventies The counter-culture was having a big influence on the form in that when you watch key films they all have in common this intense surreality. Even the stuff that was expressly made for children like The Phantom Tollbooth (1970) and the Harry Nilsson rock musical The Point (1971) are pretty abstract.

Stuff that was made strictly for adults …wow. There just ain’t words for how weird it was. Ralph Bakshi doing really provoking stuff like Fritz The Cat (1973), Coonskin (1975) and the sci-fi dark fantasy Wizards (1977). Allegro non Troppo (1976) by Bruno Bozzetto used classical music and live action slapstick comedy sketches to provide the backdrop for some of the strangest animation ever. By the time the decade closed out with Watership Down (1978) and Bakshi's Lord of the Rings (1978), both pretty violent and visually groundbreaking the party was over. None of the above had matched The Yellow Submarine's box office success. Adult animation continued but not with the same experimental zeal.

In the middle of all that, but almost completely forgotten about by many, was the French animated feature, Fantastic Planet (1973). It’s understandable since Fantastic Planet is far more heady than most of it’s brethren. It’s surreal and very counter cultural, but very politically pointed and not really satirical.

The story is set in the world of Ygam and told from the point of view of Ter, an Om, a minuscule humanoid pet, of the giant blue Draags. When Ter escapes into the forest with a device used to stimulate the intellect, he gathers around other Oms and leads a revolt.

Like Wizards, it hovers between science fiction and fantasy, but it’s far more sophisticated in what it says, and how it says it, both in terms of the way it uses the animation form and in the emotional appeal it makes through its narrative. This is probably because of the strong influence of writer Roland Topor who, along with Rene Laloux, adapted Stefan Wul's source novel.

Topor himself is a fascinating character. Perhaps best known as a French illustrator his whimsical but disturbing drawings were often the source of controversy. In addition he founded the collective Panic Movement with fellow artists and counter-cultures gadflys, Alejandro Jodorowsky and Fernando Arrabal, producing chaotic and surreal performance art as a response to surrealism becoming mainstream. Also worth noting is his acting career, which included the role of Renfield in Werner Herzog's remake of Nosferatu the Vampyre.

But of special mention, especially for genre fans, is Topor's novel The Tenant, which was later adapted into a feature film by Roman Polanski. A grand tour of madness and surreal encounter The Tenant is one of those underrated novels and films that haunts long after the finale. Given its pedigree I’d expect it to be added to the Criterion Collection in the next few years.

This 2k restoration of Fantastic Planet looks and sounds perfect. There’s an alternate English language soundtrack and new English subtitles as well. Special features include two early shorts, Les temps morts (1965) and Les escargots (1966), by director Laloux and Roland Topor, a 1973 interview with Topor, a 2009 documentary on Laloux and an episode of the French television program Italiques from 1974 about Topor’s work. The booklet contains an essay by critic Michael Brooke. 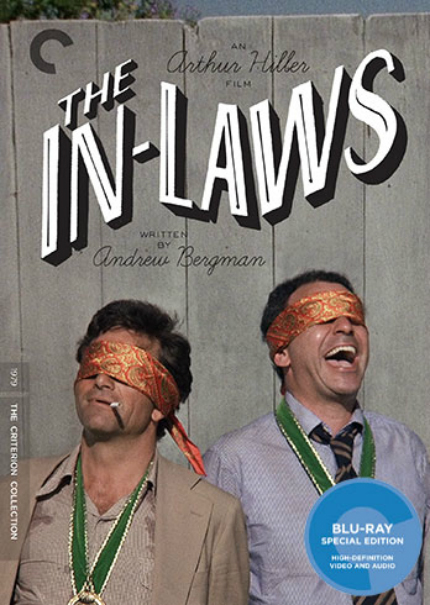 July saw The In-Laws (1979), a film I first became aware of thanks to HBO back when HBO showed mainly movies, rather than original programming, in constant rotation. You could catch the same flick a dozen times easily and that’s just what I did with The In-Laws. I had great taste, it was destined to be regarded as one of the funniest films ever.

Alan Arkin plays Sheldon, a dentist, whose daughter is about to marry the son of Vince played by Peter Falk. Vince is…well you aren’t quite sure what Vince is. By the time he meets Sheldon you already know he’s a bank robber. But he could also be a secret agent for CIA. Or he could be a rogue secret agent being hunted by the CIA. Or he could be all those things. Before long Sheldon is getting shot at, flown to South American dictator luncheons and generally just trying to stay alive.

The In-Laws offers a near constant parade of well-known character actors hamming their way through silly accents, masterfully awkward action sequences and twists and turns of plot that do exactly what they are designed to do. make way for a film you’ll probably watch over and over again, especially if you have any affinity for seventies comedy.

The 2K digital restoration and uncompressed monaural soundtrack on the Blu-ray are fine. There’s an older audio commentary featuring director Arthur Hiller, actors Alan Arkin and Peter Falk, and writer Andrew Bergman that I think might be from the original DVD special edition but it’s a great one. You also get a terrific career retrospective interview with Arkin, "In Support of The In-Laws,” a new interview program featuring actors Ed Begley Jr., Nancy Dussault, James Hong, and David Paymer and a trailer.  The booklet features an essay by comedy writer Stephen Winer and a 2011 recollection of the making of the film by Hiller.

More about The In-Laws