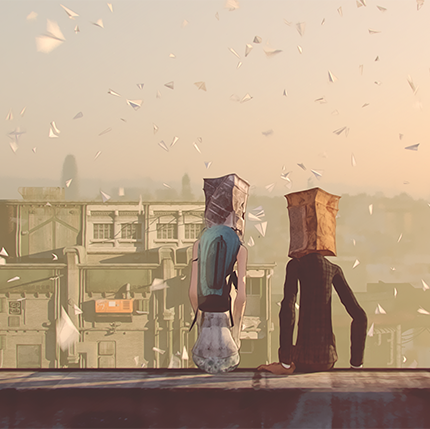 Schirkoa (shir-ko-aa) is a 14-minute animated short film created by CG artist Ishan Shukla. First conceived as a graphic novel in 2012, Ishan has been working on his own animated adaptation on and off again for the past four years while working at a day job.

It seems that patience and perseverance pays off as, not only does the film look gorgeous, it is already winning awards. Schirkoa only just started its festival run, taken top honours at first stop the Sydney World Film Festival where it won Best Animated Short Film only yesterday (July 5, 2016).

Synopsis: In the city of Bag-heads, a senate member faces a tough choice between political career, brothels and love for a mysterious woman. A choice that will transform his life and the city in unimaginable ways.

Shukla plans to release the film in full on Vimeo in 2017.