The Frog Man Cometh In Trailer For MUSEUM: THE SERIAL KILLER IS LAUGHING IN THE RAIN 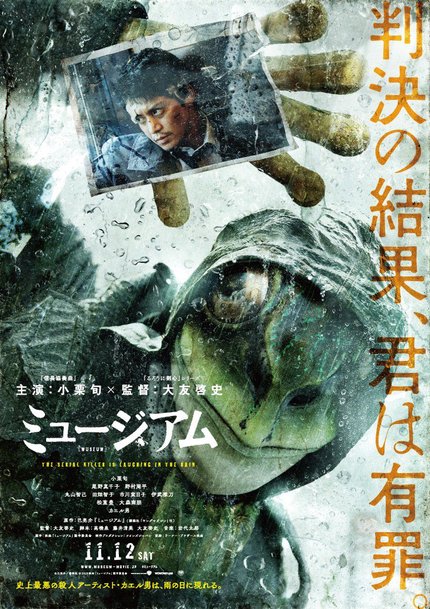 Acclaimed - but little known outside of Japan - manga Museum: The Serial Killer Is Laughing In The Rain is the subject of an up coming live action adaptation in its native land and while the source material may be little known in this part of the world there are plenty of intriguing elements to draw attention to the film.

The story here revolves around a police detective on the trailer of a mysterious frog-masked serial killer who becomes aware that his wife is likely an upcoming target. Oguri Shun - a frequent Miike Takashi collaborator - takes on the detective role while director Otomo Keishi made this his follow up film to the massive worldwide success of his Rurouni Kenshin live action adaptations.

But enough of me talking, you all want to see the frog man in action, no doubt. Check out the trailer below!

Do you feel this content is inappropriate or infringes upon your rights? Click here to report it, or see our DMCA policy.
japanmuseumoguri shunotomo keishirurouni kenshinthe serial killer is laughing in the rainthrillertrailer