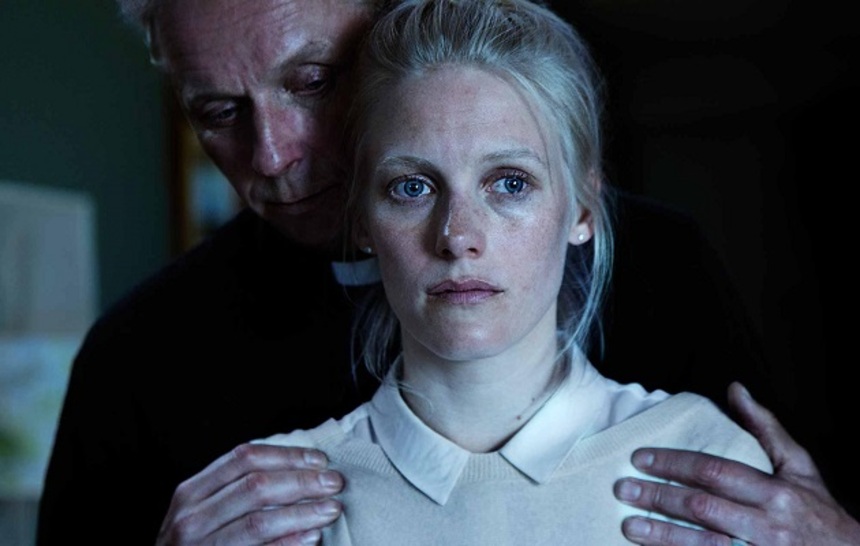 It is only in its third year, and yet The Scandinavian Film Festival which runs Australia-wide is one of my most anticipated festivals, following the gargantuan MIFF (Melbourne International Film Festival) of course. Considering one of my favorite films from last year featured in the festival (The Young Sophie Bell). it was a wide selection of noir crime, jet black comedy, innovative biopics and more that provided major entertainment while also educating viewers on the cultural differences. Socio-economic sizzlers and deadpan comedy set the broody yet warming mood and 2016's lineup looks to be no exception, including a retrospective screening of Refn's Pusher trilogy!

More after the jump.

The festival opens with Welcome To Norway, an acerbic and insightful black comedy about aspiring hotel owner who decides to turn his half-built alpine hotel near the Norwegian-Swedish border into a state-funded refugee asylum reception centre.

Other films to take special prominence in the 2016 festival program include the multi award-winning Land of Mine; a gripping thriller about a group of young German POW soldiers in Denmark in the immediate aftermath of World War II. The festival program also includes a special presentation of The Fencer; a fictionalized biopic based on the life of legendary fencer Endel Nelis who hid from Stalin’s secret police in a remote Estonian village, trying to keep a low profile as the local school’s sports instructor.

From Sweden; the hit comedy A Holy Mess by actress-writer-director Helena Bergström; Love Is The Drug is Staffan Lindberg’s new romantic comedy; in Nice People we find a real-life “Cool Runnings” as the film follows the first ever Somali bandy (similar to ice hockey) team in their struggle to reach the World Championship in Siberia in 2014; and The Yard tells the story of a poet and writer who is fired from his job at a local newspaper after writing a negative review of his own work.

From Denmark a diverse selection, including; Gold Coast, which stars our guest Jakob Oftebro as Danish romantic visionary Wulff Joseph Wulff who travels to Africa in 1836 to establish coffee plantations on the Gold Coast (today’s southeast Ghana), but he is soon confronted with the harsh reality of colonialism, the slave trade and the corrupt Danes that rule the colony; Natasha Arthy (The Killing) returns to feature films with Comeback, a black comedy about a former successful stand-up comedian, who will do anything to get back on top; political thriller The Idealist - based on true events, a whistleblower attempts to reveal the secret behind a nuclear disaster that occurred during the height of the Cold War; and Parents in which a middle-aged Danish couple are left at a loss after their son, Esben, moves out. Attempting to recapture the vigor and magic of their youth, they move into the old apartment where they first fell in love.

The cold shores of Iceland bring an incredibly strong section of films this year with; Reykjavik - a contemporary relationship drama; multi award-winning coming-of-age story Sparrows; and The Together Project from the late France-based, Iceland-born writer-director Solveig Anspach who pays tribute to her Northern roots in this affably oddball rom-com about the story of a man pretending he can't swim in order to get closer to the lifeguard he loves. This indie delight won the SACD Prize in Directors’ Fortnight in Cannes 2016.

From Finland comes; Absolution. In this tense domestic drama from Finnish writer-director Petri Kotwica a hit-and-run accident triggers a nightmarish spiral of guilt and revenge; light-hearted drama Homecoming, about a couple who decide to leave the hectic city life behind and move back to their small native costal hometown; in the probing industrial drama The Mine one of Finland’s most recent environmental scandals is dissected; while in Other Girls four high-school girlfriends navigate romance, independence, trust, and self-acceptance as they near graduation and adulthood.

Norway provides two strong titles; A Man Called Ove. He is the block's grumpy man who has been relieved of his responsibility as president of the residents association, though you wouldn’t know it as he continues to monitor the neighbourhood with an iron fist; and The Wave, a thrilling, action-packed Norwegian box office hit which tells the story of a dedicated geologist who foresees that an eroding mountain will collapse into the fjord below prompting a tsunami in the spectacularly scenic tourist hot spot of Geiranger fjord. The human scale of this story based on a real-life disaster makes this well-crafted suspense drama even more chilling.

This year’s program also sees a special retrospective screening of the The Pusher Trilogy. Hitting the scene at 26 years-old, Nicolas Winding-Refn made his directorial debut with 1996’s Pusher. The trilogy showcases a cohesive and kinetic visual style and recurring themes of honour, family, and the cruel twists of fate that haunt the central characters forcing them into dreadful corners. Nordic Noir at its finest, this is a synapse-splitting series not for the faint hearted.

Full lineup and guests can be found on the website here.