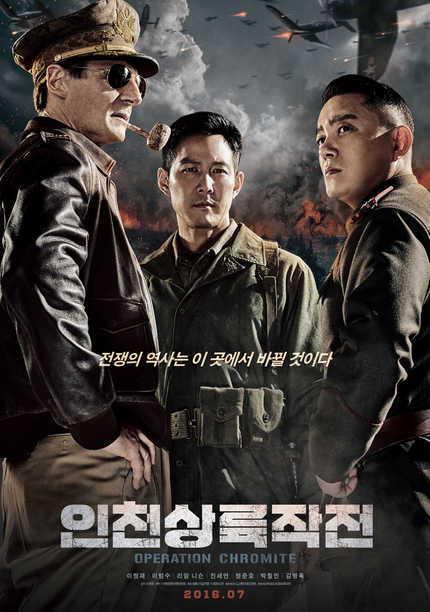 Telling the story of the decisive Battle of Incheon in the Korean War, John H Lee's Operation Chromite sports a hefty budget and at least one major international star in the form of Liam Neeson starring as General Douglas MacArthur.

This one has been brewing for a while - we first commented on the casting of Neeson back in August of last year - but witht he film now moving towards a July release in Korea the full trailer has arrived so we can get a proper look. The verdict? Gorgeous production values, large scale action and a fairly steep decline on the English language side of things as soon as you get past Neeson. Lee Beom-su and Lee Jung-jae anchor the Korean side of the cast.