Opening: THE WAILING Cranks Up Tension To Unbearable Levels 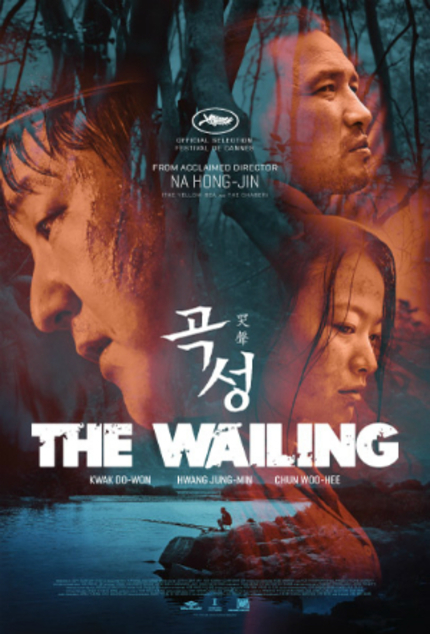 After turning the Korean thriller on its head with The Chaser and The Yellow Sea, director Na Hong-jin has reinvented himself again, aggressively pushing against the boundaries of genre cinema with The Wailing. A deafening descent into hell, it may also be the best Korean film since Lee Chang-dong's Poetry.

Gokseong, the Korean title of the film, is a small Korean town deep in the countryside that becomes plagued with strange and violent deaths. Jong-goo, a local officer, is helpless in front of the terror and illness that is slowly gripping the town and fears the worst when his own daughter becomes sick. A mysterious Japanese man draws suspicion from the townsfolk and while Jong-goo attempts to investigate the reason for his appearance in the area, he also employs the help of a shaman to deal with his daughter as her condition worsens.

While many elements link the film to Na's past work, such as its pessimistic worldview, subversive use of genre codes and mounting momentum, The Wailing sees the filmmaker build on his past successes. He inures us into a uniquely dark atmosphere, gradually involving us in its seeping, pestilential sense of dread and foreboding before gradually cranking up the tension to unbearable levels throughout the film's 156 minutes, a running time you'll scarcely believe has elapsed when the lights come back on.

The film opens in select theaters in the U.S. on Friday, June 3, via Well Go USA.

Do you feel this content is inappropriate or infringes upon your rights? Click here to report it, or see our DMCA policy.
chun woo-heegokseonghwang jung-minkunimura junkwak do-wonna hong-jin곡성곽도원천우희황정민