Interview: Patricia Rozema And Ellen Page Talk INTO THE FOREST 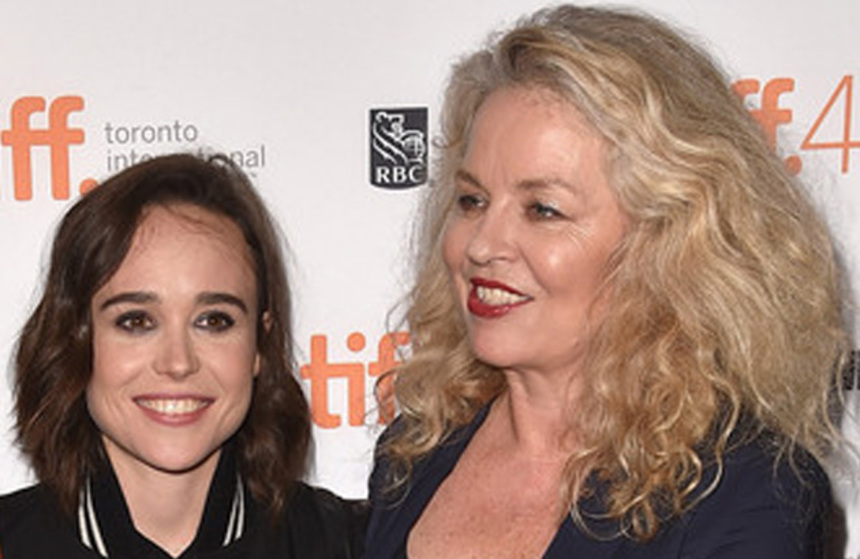 Cinematic audiences have been subjected to their fair share of post-apocalyptic films in recent years.

Most allegories for Western society's destructive treatment of the environment are told from either a central male protagonist's perspective or from a distinctively male gaze. Into the Forest, Canadian director/screenwriter Patricia Rozema's first feature since Kit Kittredge: An American Girl in 2008, is a cautionary tale of a world without power or fossil fuels but told from a distinguishably (and refreshingly) female viewpoint.

We were lucky to speak with Rozema and Page in an intimate roundtable discussion prior to the film's theatrical release.

The central characters start in very different places and then wind up in the end in exactly the opposite person's position. Nell is the analytical, intelligent one working towards something different and Eva was the expressive dancer, someone who was being held back by a sense of nostalgia. Then, in the end, those extremes are flipped. What was it like having these characters play the reverse of one another?

Ellen Page (E): That's a very interesting take! You know that was one of the things that drew me to the book and to Patricia's take on the story. For me, to have this character go from being very bright with high expectations for her academic self and future, to that future being completely elusive and just going out the window. Her youthfulness, she's very self-absorbed, and all she thinks about is, "Oh my God, I just have to see this boy on Friday!", and that changes to "There's no jam or milk!". I mean I'd be that way too. For her to go on that journey and become the resilient, self-reliant person that she becomes, which is more heartfelt like Evan's character in the beginning of the film.

Patricia Rozema (P): That power flip was prevalent in the book but I emphasized it a bit more in the screenplay. Some would say that's when a scene is good-when a switch like that occurs. I love how, at one point, Eva says, "I'm going to use the gas. I have to use the gas" and Nell says, "No", and it's clear how Nell is so dominant there.

P: Yes, but later they use the gas and it's the most perfect thing in the world because they need the sustenance, they need music, warmth and memories of family. It was a decision that was wrong at one point but right the next. The way I understood it, Nell was more mind and Eva was more instinct, and instinct takes over.

Right. They call each other out on their individual entitlement and yet they see each other entitled to altogether different things.

In that particular scene with the gas, what is your perspective on what the scene is saying about our modern world?

P: The film is many things, I hope, but it's a meditation on what is necessary to life. What do you use your precious resources for? At the beginning of the movie they certainly wouldn't use it for home movies and dancing. Then later in the movie when the two girls have just been through the ringer and are beaten down horribly, then the idea of music to lift their spirits as well as watching their own family, watching their Mom again, is needed. It's a plea for the necessity of the arts, I think. Even when there aren't that many resources, I think that people need the arts. I was in Rio once and I saw all these murals and thought, "here's this place in desperate poverty but there's time for art; there's a need for art." The significant nourishment that comes from storytelling and music is vital.

E: And that's when the sisters really come together in the movie. They've had a sort of reluctance to be vulnerable and to share with one another emotionally. Then the music and the home videos bring them together in a way and it's so beautiful, so moving, so child-like.

There were quite a few deeply moving and emotionally gut wrenching scenes in the film. What was the most difficult scene for you to shoot and why?

E: I'd say it was the scene where I wake up from my nightmare sobbing a lot. Then the scene where Evan and I say goodbye to each other, when I'm leaving with Max's character, that was really emotional.

P: She did such an amazing job. And the sound wasn't great. We were saying, "I think we're going to have to replace the sound", and we tried it but it didn't work.

E: Oh it was fine! Now people will watch and notice!

P: But her original performance is in there.

E: Whatever the sound is in that scene I don't even notice.

Ellen, as a producer of this film, what made you bring this particular project to Patricia? Was it difficult to get her on board?

E: I'd been a fan of Patricia's work and we had never met personally before, which was remarkable because it's such a small world. Then we met about another project, to talk about making The Paper Bag Princess into a film. We immediately connected. We became friends and I sent her the book Into the Forest and asked her if she wanted to do it.

That's how it happened. I love her work and I love her work in every genre. Mansfield Park or Kit Kittredge, which I absolutely loved. She took this family film and utterly elevated it, giving us this beautiful little piece. Or her work on Grey Gardens! That really blew me away. I think everyone expected something different and then the reality of it was awesome. So that's my way of saying that I was a fan. I'm glad she took it on.

P: For me, it was a brilliant book with a brilliant actor attached and I knew that the decisions made would be artistically brilliant. I trusted her instincts. We had worked together enough on the other project for me to know that she has really good instincts, and that's what I'm always looking for. And everyone is doing apocalypse movies but nobody was doing it this way and certainly not with two female leads. That seemed new and it was my goal to find something new and beautiful. So it checked all those boxes.

It is very prevalent and concerning that it is so difficult to get a film with two female leads and a female director financed and released theatrically. In your opinions, how can the system change and how can we catalyze that necessary change?

P: How can we make it easier for that to happen? We just have to keep pushing. Men who hold the purse strings have to be more open and women have to be more vocal, in your job and in my job.

P: I actually have this theory that the reason why there's a kind of new feminism now is because of gay rights. We had suffragettes and it's gone up and down but people are now saying loudly that they are feminists. And I thought, "Why now?" Because the way you used to be able to cut off any straight feminist at the knees was to shut her up by calling her a lesbian. And now it's not as horrifying. It's legal and homos are people too.

So, really, one of the worst bullets in their gun is gone. Now straight women are willing to stand up and say, "What gives?! We're one half of the human population! We can tell stories as well as any man. Why aren't we allowed to tell them? It doesn't make any sense." There's a kind of boys club that keep the girls locked out. It'll change. It's slow moving but it'll change. We were property not too long ago, not allowed to have educations or own property. So it's changing gradually.

Into the Forest opens in select theaters on Friday, June 3 in Canada and on Friday, July 29 in the United States.

Do you feel this content is inappropriate or infringes upon your rights? Click here to report it, or see our DMCA policy.
CanadaEllen PageInto the ForestPatricia Rozema

More about Into The Forest