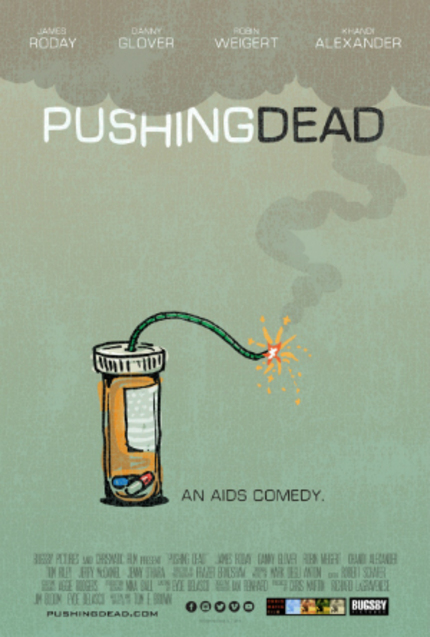 He's separated from his wife and doesn't know how to get her back. So, in our exclusive clip from Pushing Dead, he turns to one of his employees for help.

That employee is portrayed by James Roday, who established himself as a light comic actor over eight seasons on TV's Psych. In Pushing Dead, he's again mining a light comic vein, only, perhaps, a bit darker.

When a struggling writer, HIV positive for 20+ years, accidentally deposits a $100 birthday check, he is dropped from his health plan for earning too much. In this new era of sort-of universal care, can he take a helpless bureaucracy but also come up with $3000 a month to buy meds on his own? Welcome to the world's first AIDS comedy.

Pushing Dead will premiere at Frameline40, the San Francisco International LGBTQ Film Festival, on June 18, and Outfest 2016, the Los Angeles LGBT Film Festival which will be held from July 7-17.

Watch our exclusive clip from below for a taste of the dry comedy in store.