Destroy All Monsters: Mad As A Hatter And Half As Fun 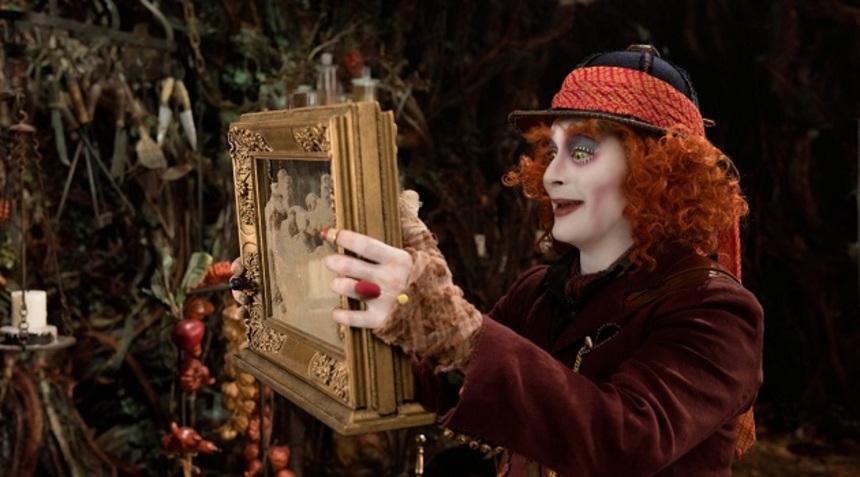 Imagine a world where a man like Johnny Depp, having been accused of battery by his wife, Amber Heard, the details of which have been released publicly, and who is also suing him for divorce and has photographic evidence of the assault, just admitted it, apologized, accepted the consequences, and moved forward.

What, tangibly, would be the material difference? The world of fandom spent the weekend so predictably, disappointingly desperate to defend him that they would doubtless forgive him within an hour of a felony sentencing. He'd have a story of shame and self-improvement to tell for his next Vanity Fair cover story, and the rest of us would be left grumbling about how he'd hit his wife that time and was still working, but hey, he'd "done the right thing," done his time, repatriated himself into the arts and so forth.

My point being: even in a full admission of guilt, the consequences for a mega-celebrity on the level of Johnny Depp - who is male, white, and almost indescribably wealthy - are virtually nil.

So I'm forced to believe, then, that there's something particularly venal and evil about the need to deny; and more disgustingly, to foreground Amber Heard's sexual identity and the brevity of their union (I dunno Johnny, wedding rings are nice and all but when you dump your other wife to bag a 29-year-old that you then spend six years with, I don't know if we can really pledge some sort of "insignificance" to the whole thing... presidencies have been shorter) in the quest to come away from all this as the innocent victim who just happens to be so much substantially more powerful than his accuser that the word "victim," if applied, would seem like a mad joke.

Mad jokes are, of course, mid-career Depp's stock in trade. Maybe he can't tell the difference any more. Well, the mid career looks to be over now. We are about to witness "late Depp." And since it seems that I am all the time coming to this page to discuss the pop cultural legacy of seeing our celebrities and artists outed as assailants and other types of monsters in their personal lives, "late Depp" too will be informed by everything we've learned till now.

As of today, we cleanly divide Depp's career into two parts: before Jack Sparrow, and after. Certainly, for my generation and and a lot of other people, Johnny Depp before Jack Sparrow (and, arguably, including at least the first instance of Jack Sparrow) was one of Hollywood's rarer, braver gifts: an idiosyncratic, deeply committed performer with a clear artistic mandate.

He was too far outside the normal to really make it as a moviestar, and that's what gave him currency; he legitimized, and was legitimized by, other outsider artists from Burton to Jarmusch, even going so far as to get a weird seal of approval from an end-of-life Marlon Brando - a kinship that should have been, and remains, as telling as it was fascinating.

People often wonder to me about the decision-making on Depp's part in the "after Jack Sparrow" phase of his career (A.J.S.?). For at least the last ten years Depp has seemed willing to take on any role that put him in makeup and a fright wig - de-legitimized as an authentic performer by the same sorts of outre choices that defined his earlier, less mainstream work (and via some of the same collaborators, namely Burton).

But the answer to "why did he do Mortdecai"(or whatever else you think falls under "selling out" in Depp's filmography), I suspect the answer rests solely with the former portion of his career. If you'd spent as many years as an unbankable weirdo as Depp did, you'd probably slip comfortably into Michael Jackson level mega-celebrity (Depp remains the only moviestar whose actual limo I actually saw chased by an army of actual Japanese schoolgirls) and its attendant obscurity, "eccentricity," and all-points remove from society. He owns an island, ffs.

I am an unabashed fan of the Pirates of the Caribbean films - yes, all three of them - no, there isn't a fourth one - and I'll never begrudge one of those weird, alchemical moments where a genuinely talented, if hard to pin down, actor landed swan-like on the perfect examination of what made him a special little snowflake on both sides of the art/commerce divide.

And no - as pieces like this are now required to always say - I don't actually know any of the details of the Heard/Depp schism beyond what's been reported and seems apparent in that reporting. As a friend reminded me yesterday, it's also none of our business, really; except in once again having to watch a bunch of people who identified with a beautiful loser on a movie screen suddenly require it to be part of their worldview that he could not, possibly, be an ugly person as well.

Well, I mean... fuck, look around. Of course he can. What world have you been living in?

This will be an interesting time for us. The vectors of social media and the complete destruction of privacy mean that Johnny Depp, Bill Cosby, and Woody Allen are only the beginning of a conversation about assaultive male behaviour in our pantheon of celebrities - and it is very much a pantheon, a set of idols and icons to whom the mainstream prays and kneels to get through their fairly shitty day-to-day.

There will be a series of phases. We will see a lot of beloved stars brought low in the next five or ten years, as truths about their offscreen behaviour become public knowledge.

We will, at some point, connect the dots (I hope) that none of this is isolated to the weird, glittering world of the Johnny Depps, but is representative of a vast swath of human behaviour - that for a lifetime of playing Mad Hatters, Johnny Depp is neither mad nor an outsider. He isn't an exception, and the dull predictability of his popular defense this week proves it. We saw it with Cosby. We'll see it with the next guy.

Sure, fame and wealth makes it easier to isolate and de-escalate. But take away the private island and I betcha there's still a lot of faces connecting with a whole lot of phones out there. Imagine a world where we just admitted it, accepted the consequences, and moved forward.

Do you feel this content is inappropriate or infringes upon your rights? Click here to report it, or see our DMCA policy.
Alice Through the Looking GlassAmber HeardJohnny DeppPirates of the Caribbean