Back in 2009, I caught a little movie called Samurai Avenger: The Blind Wolf at a beer-soaked midnight screening at the Asian Film Festival of Dallas. I was tipsy, but I was also blown away by this super fun slice of retro exploitation fun from a director named Kurando Mitsutake. Two years ago I stepped into a screening of a film called Gun Woman at Texas Frightmare Weekend and was absolutely enamored of it's sleazy Cannon Films vibe and a powerhouse performance from the sweetheart of Japanese splatter, Asami. This film was also directed by Kurando Mistutake. So imagine my delight when I got to interview Kurando last year for the dual Blu-ray releases of these films in the US and he told me that he had another ultra violent martial arts film on the way.

Well, the day is drawing near, and we are proud to premiere the first poster artwork for Kurando Mitsutake's latest film, Karate Kill, starring new kid on the block Hayate as Kenji, a karate master looking for vengeance when his little sister goes missing. Asami returns for Karate Kill along with her Gun Woman antagonist Kamata Noriaki and Samurai Avenger veteran Jeffrey James Lippold. For good measure he's also grabbed cult icons Carlee Baker (The Woman, Wicked Lake), the WWE's Katarina Leigh Baker (Katie Lea), as well as one third of The Human Centipede, Akihiro Kitamura.

Mitsutake went to one of the best in the business to design the key art for his new film, and holy shit what a beauty they came up with. Tom "The Dude Designs" Hodge is an amazing artist known for his work on films like The Innkeepers, The Sacrament, Hobo with a Shotgun, The Heat, and many more, but I think this may be one of his best. I can definitely imagine this Karate Kill art calling to me from the shelf of my childhood Mom & Pop video store, and it's a beautiful thing. Check it out for yourselves! 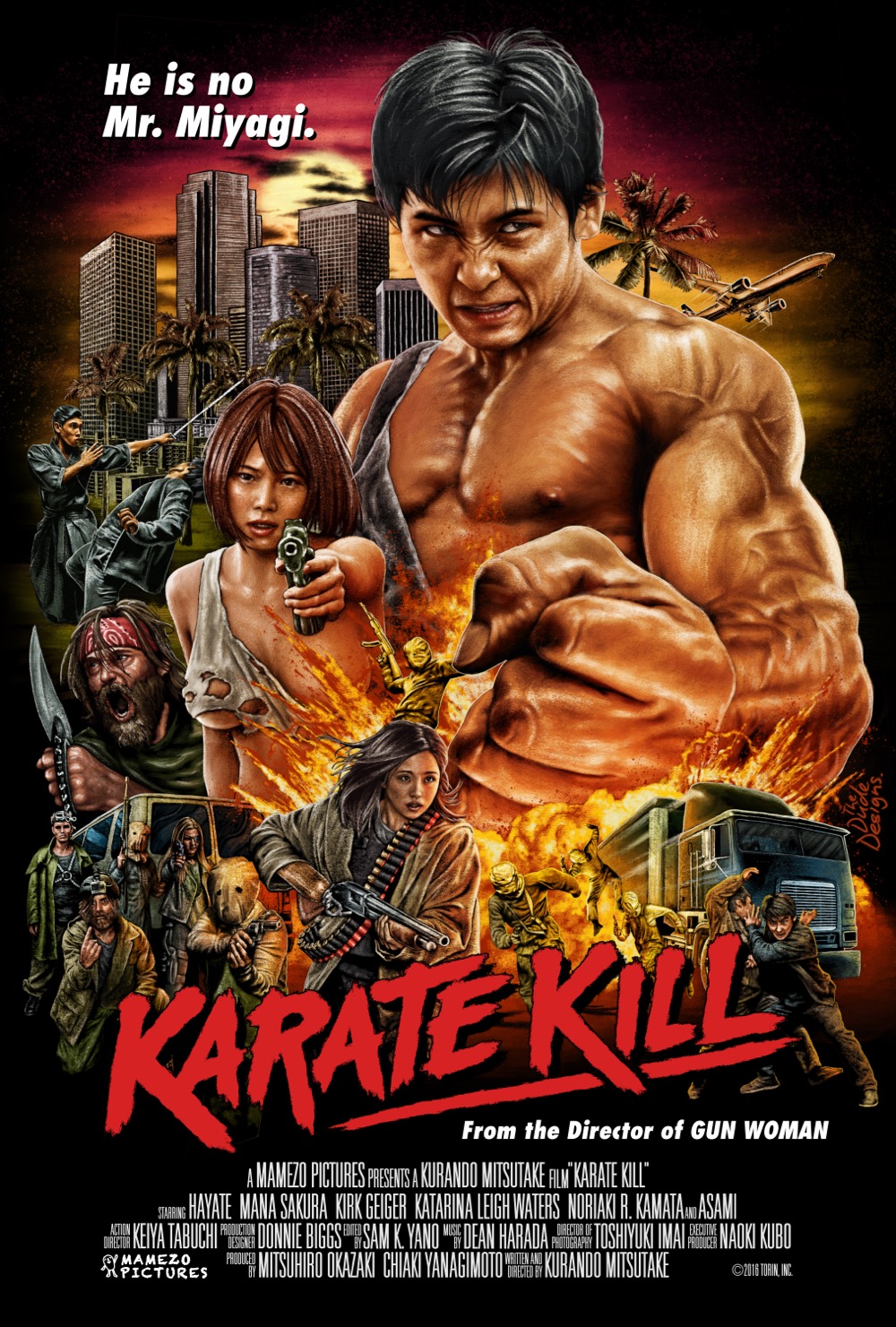