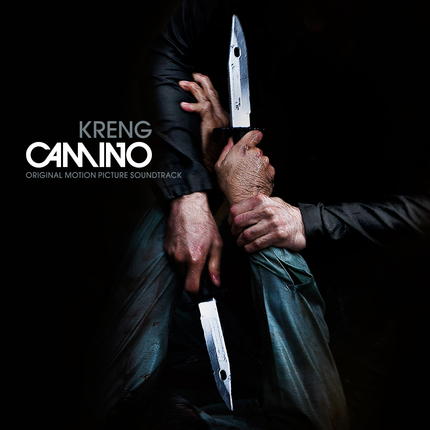 With Josh Waller's Zoe Bell starring action film Camino rolling out the good folk at Lakeshore Records are releasing the original score for the film by Kreng on iTunes April 8 and on CD May 6th and we've got a music video to share from the release.

Lakeshore Records will release the CAMINO – Original Motion Picture Soundtrack digitally on April 8th and on CD May 6, 2016.  The album features the film’s original score by Kreng (COOTIES).  CAMINO was directed by Josh Waller, who was the producer of COOTIES.

“Working with Josh Waller (director) is always a wild ride!” said Kreng (they previously worked together on COOTIES). “Josh is pretty familiar with my work as a recording artist and he suggested that I would use the tonal palate from my first album 'L’Autopsie Phenomenale De Dieu’. That album was a mixture of analogue electronics, strings, piano, percussion and a lot of reeds. I just took it from there, not knowing what I would end up with…”

A photojournalist gets more than she bargained for when she snaps a photo of a shadowy religious figure in the jungles of Colombia, triggering a flight-and fight-for her life…

“It was very clear from the beginning that the movie needed an analog sound,” Kreng described.  “Every time we brought in digital sounds it just did not merge with the rawness of the jungle. We put together almost two hours of music in six weeks and all of it analog!”

Find the score on iTunes here and check out the video below!