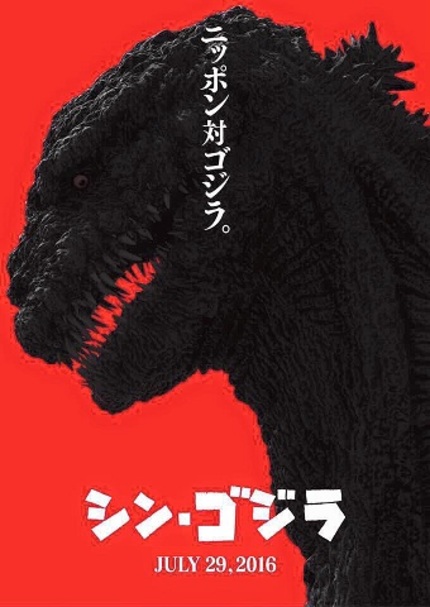 Toho has unveiled the first teaser for the upcoming resurrection of their flagship kaiju series, Godzilla. The latest film, titled Godzilla Resurgence, and slated for a July 29th release in Japan, is a mix between Toho's traditional man-in-suit kaiju style and the more modern CG updates.

If this new footage is to be trusted, Toho has taken a bit of a lesson from the relative mainstream critical success of Gareth Edwards' 2014 American film in terms of the tone. In fact, there are several scenes in this dialogue free trailer that echo Edwards' movie fairly closely.

The more serious tone will likely be a breath of fresh air to fans of Toho's series who largely rejected the last entry, Kitamura Ryuhei's Godzilla: Final Wars, as a goofy cartoonish mess with no real focus. In spite of Final Wars' attempt to reinvigorate the series by staging a Destroy All Monsters style melee, it ended up appearing more like a spoof of a Godzilla film than an actual entry.

Godzilla Resurgence looks to be attempting a reclamation of the Godzilla mythos that mirrors the very successful rebranding of Daiei's Gamera series inthe '90s. Resurgence directors Anno Hideaki and Higuchi Shinji are best known for their work with the wildly successful Neon Genesis Evangelion anime series. It looks like they are taking this opportunity seriously, and we're very excited to see what they come up with!