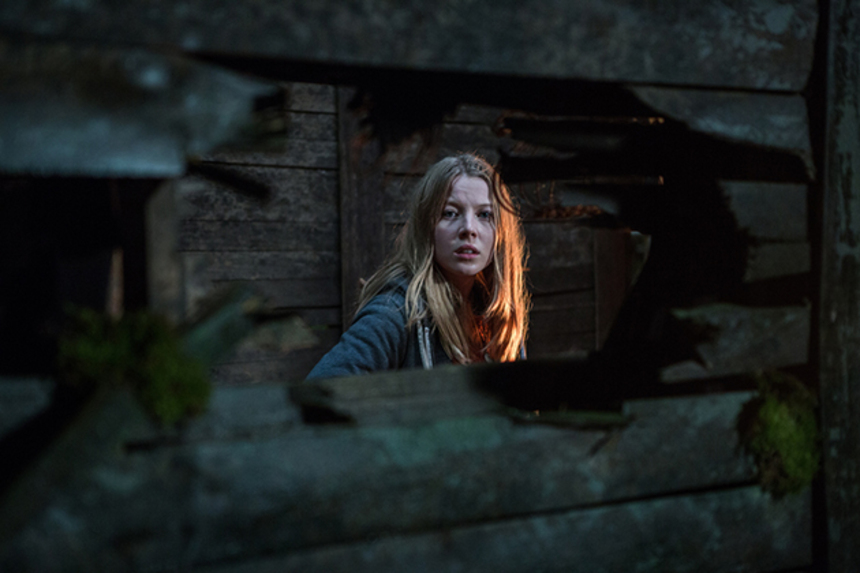 We've been keeping a close eye on Nick Jongerius' upcoming international horror The Windmill Massacre here at ScreenAnarchy for some time now. We premiered the original proof of concept teaser and were the first to share stills from the actual shoot and with producers debuting the film's first official trailer at the Imagine Film Festival in Amsterdam today we're proud to be the first to bring that to audiences online as well.

Jennifer is an Australian girl on the run from her past who washes up in Amsterdam. In a desperate attempt to stay one step ahead of the authorities, she joins a coach-load of tourists embarking on a tour of Holland's world famous windmills.  When the bus breaks down in the middle of nowhere, she and the other tourists are forced to seek shelter in a disused shed beside a sinister windmill where, legend has it, a Devil-worshiping miller once ground the bones of locals instead of grain.  As members of the group start to disappear, Jennifer learns that they all have something in common - a shared secret that seems to mark them all for doom.

THE WINDMILL MASSACRE official teaser (2016) from Pellicola BV on Vimeo.

Do you feel this content is inappropriate or infringes upon your rights? Click here to report it, or see our DMCA policy.
Charlotte Beaumonthorrornick jongeriusnoah taylorslashertrailerwindmill massacre

More about The Windmill Massacre