Death Comes Rolling In The KILLS ON WHEELS Trailer 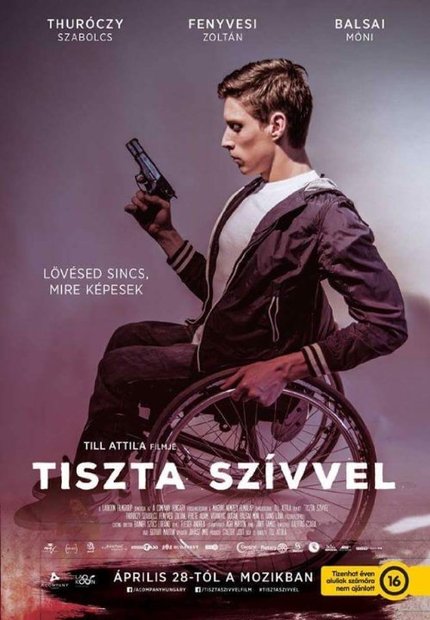 It wasn't so long ago that Hungary felt as though it was a nation about to explode on the international film scene with directors such as Gyorgy Palfi (Taxidermia), Nimrod Antal (Kontroll) and Aron Gauder (The District) all appearing on the scene within a few years of one another and wowing on both the cult and arthouse festival circuits. What could go wrong? Well, the economy, for one thing with Hungary hit so hard by the global economic crisis that their national film fund - the principal financier on all Hungarian films - completely shut down for several years with the entire national industry essentially put on hold for the duration. But Hungary's back now and, oh yes, still finding the balance between art, genre and deliciously black humor that drew attention back with that early wave.

Coming soon from director Attila Till [Note to self: Hungarian directors have awesome names.] and Son of Saul producer Judit Stalter is upcoming action-comedy Kills On Wheels (Tiszta Szivvel), the story of a trio of wheelchair bound hitmen.

What’s the perfect alibi for a professional contract killer? To be handicapped and bound to a wheelchair… Kills on Wheels is the story about a crippled young man fueling his life by joining a gang of hitmen in wheelchairs working for the mafia. Kill by kill this action comedy challenges the border between reality and imagination in a boy’s search for friendship, for his roots and for meaning in life.

Production values here are fantastic with the trailer striking a strong balance between character work, action and humor - the opening gag, in particular, is pretty damn fantastic - that I can only hope translates through the entire feature. English subtitles are included on the trailer, take a look below!

Do you feel this content is inappropriate or infringes upon your rights? Click here to report it, or see our DMCA policy.
actionattila tillcomedyhungarykills on wheelsson of saulTiszta Szivveltrailer

More about Kills On Wheels