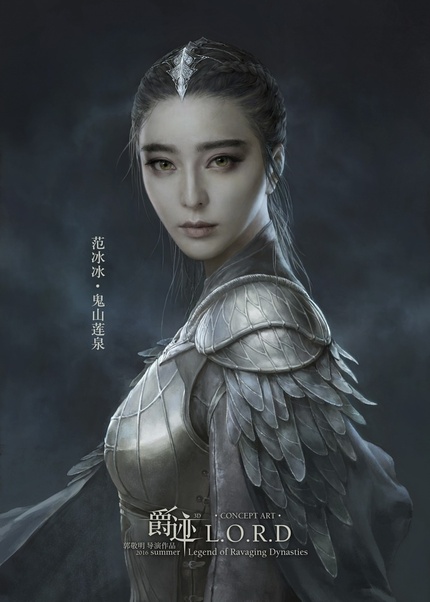 China's first CG motion capture fantasy animated film L.O.R.D (Legend of Ravaging Dynasties) is poised to make a major breakthrough this summer and what better way to grab's everybody attention than to feature the gorgeous Fan Bingbing as a mystic warrior in its first teaser.

Directed by Guo Jing Ming and based on his novel of the same name, the ambitious project from Original Force is produced entirely in CG with cutting edge 3D scanning system to create photorealistic digital substitutes for each actors.

It's scheduled for theatrical release in China on September 30th.