Idris Elba And Matthew McConaughey To Star In THE DARK TOWER 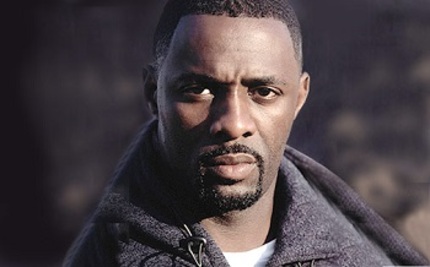 Finally, after months of waiting, The Dark Tower director and co-writer Nikolaj Arcel has announced the main cast for the adaptation of the beloved Stephen King book. Idris Elba will play Roland Deschain, the gunslinger, and Matthew McConaughey will play his foe, known as the Man in Black.

In an article from Entertainment Weekly, Arcel (who directed A Royal Affair and co-wrote The Girl With The Dragon Tattoo) confirmed the casting, along with his plans to adapt the long series, which is a hefty eight books and a few graphic novels. No word yet if this will become a franchise or perhaps a trilogy as yet.

While a few actors (not the least of whom was Javier Bardem) have been rumoured, I personally think Elba is a stroke of genius casting. I'm a big fan of the books, and Elba will bring the necessary gravitas, coldness, and precision to the part. McConaughey is a bit perplexing; his wide Texan grin and casual manner just don't scream 'pure evil', as the Man in Black is, but perhaps he will surprise me.

As my colleague Stuart Muller wrote last year, this is a complicated story, very dark and strange, with wild imaginings, both microcosmic (how do you choose between love and revenge) and macrocosmic (self-aware psychotic trains). I look forward to further cast announcement of Roland's companions.

Do you feel this content is inappropriate or infringes upon your rights? Click here to report it, or see our DMCA policy.
Idris ElbaMatthew McConaugheyNikolaj ArcelThe Dark Tower