Slamdance 2016 Exclusive: FURSONAS Clip Answers The Question 'Who Are We?' 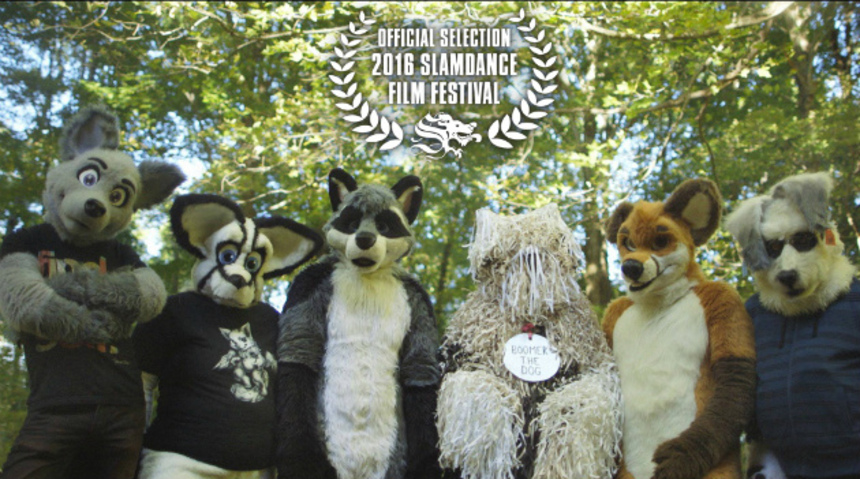 Set to enjoy its world premiere at the upcoming Slamdance Film Festival, Fursonas is a documentary about enthusiasts who get dressed up in animal costumes.

Yet they are far more than mascots who might be sighted at a sporting event. Here's how the official synopsis explains it:

The furry fandom is a closely-knit network of people interested in anthropomorphic animals. Many of these people purchase or create fursuits -- life-size animal costumes of their 'fursonas.' The film presents four years of research into their society from the inside out. What begins as a series of humanistic portraits evolves into an exploration of the complicated question concerning community representation in the fandom.

To get a better idea of the film's tone, watch the exclusive clip below, in which a speaker at a convention answers the question, "Who are we?" with one that is even more pertinent: "Who were we?"

Fursonas was directed by Dominic Rodriguez and executive produced by Danny Yourd (Blood Brother, Crocodile Gennadiy). It will have its world premiere in Utah, at the 2016 Slamdance Film Festival.