Review: In THE FOREST, The Jump Scares Outnumber The Trees 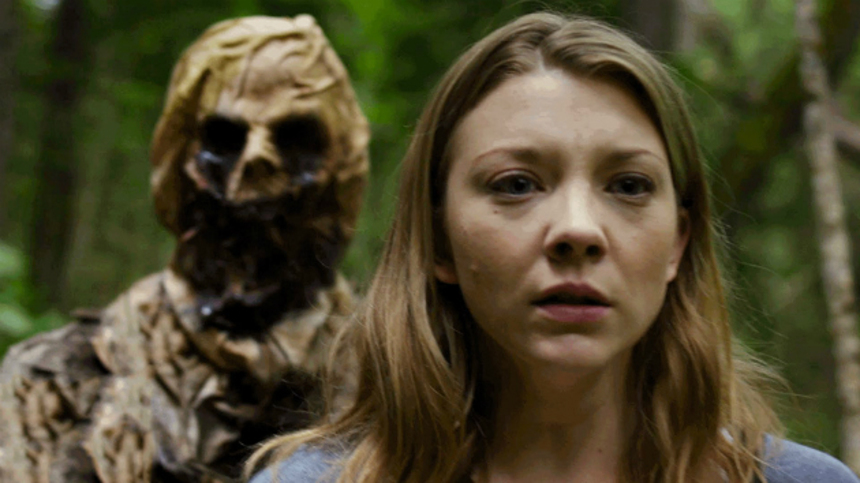 The setting is suitably creepy, a thickly-wooded forest at the northwest base of Mount Fuji in Japan that is known as a terribly popular site for people to commit suicide.

The Aokigahara forest has also become associated with the spirit world over the years. In The Forest, directed by Jason Zada, it's where Jess Price (Natalie Dormer) disappears one night. Her identical twin sister Sara (also played by Dormer) senses this immediately. Ignoring her husband Rob (Eoin Macken), who gently suggests that she accept the worst-case scenario. Sara is convinced that her sister is alive and is soon on her way to Japan to find her.

Sara is accustomed to picking up after Jess, so she assumes that this is merely the latest example. She doesn't even bother to check in with local authorities after she arrives, since they've told her by long-distance telephone calls that Jess has probably taken her own life.

After an unproductive visit to the forest's visitors center. Sara repairs to a nearby hotel, where she encounters a travel writer named Aiden (Taylor Kinney). Aiden speaks Japanese and offers to hook Sara up with a local guide. He also senses a story. The next day, the trio sets off into the woods. The local guide is a firm believer in all the mythology associated with the forest. Sure enough, pretty much everything he warns about comes true as they venture deeper into the forest. Zada, here making his feature directorial debut, keeps the forest setting appropriately quiet in the early going. But otherwise there is nothing that builds suspense or tension. It's only Sara's worried determination that keeps the narrative moving forward at all, since Aiden and the local guide are limited to exchanging worried glances about Sara's state of mind. The script, credited to Nick Antosca, Sarah Cornwell, and Ben Ketai, runs out of things for anyone to do after a while, at least until -- SPOILER ALERT!!! -- night falls.

Even before that point, however, Zada and his creative team have already settled on jump scares as a means of maintaining interest, to the point that their effectiveness steadily diminishes as one loudly-orchestrated BOO! moment after the other follows. This is a case where a little more character development might have helped, perhaps exploring Jess' state of mind before she disappeared in the forest.

As it is, we know that Sara has always been the strong one; she is married and lives in a lovely apartment and, presumably, is employed somewhere doing something that allows her to take off on a moment's notice to deal with a family crisis. Jess, however, remains a blank slate, aside from her reputation as someone who makes messes.

The big problem with jump scares is that they have to become bigger as the film rolls along, and soon enough they tumble into the pits known as "that's ridiculous" and "oh, that's really stupid," which breaks any possible bond that may have existed between the audience and the leading character.

As she's proven in past performances, Dormer has no trouble holding the screen when she has something interesting to say or do. In The Forest, all we do is hope that she can find her way out of the woods so she can make another, better movie.

The Forest opens wide in theaters across the U.S. and Canada on Friday, January 8.

Do you feel this content is inappropriate or infringes upon your rights? Click here to report it, or see our DMCA policy.
JapanJason ZadaNatalie Dormersea of treessuicide forestTaylor Kinney