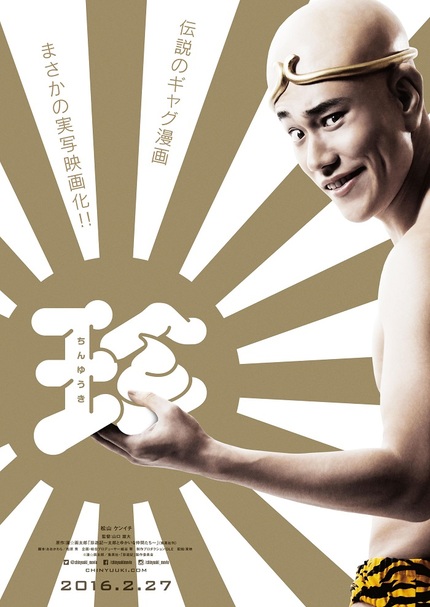 ScreenAnarchy-fave director Yamaguchi Yudai - he of gonzo comedy oddities Cromartie High, Battlefield Baseball and Yakuza Weapon among others - is coming back to the big screen with a live action adaptation of cult favorite manga and anime Chinyuki: Taro To Yukaina Nakama Tachi in which a man is transformed into some sort of demented baby-monkey-thing after being cursed by a monk angered by his habit of pooping on the graves of his slain enemies and this is clearly one of the greatest sentences I have ever written.

Matsuyama Kenichi take the title role in the adaptation of Man Gataro's manga, a demented parody of iconic Chinese folk tale Journey To The West. And while adaptations of Journey itself are certainly no strangers to broad slapstick humor this clearly takes things to a whole other level. Slated for Japanese release in February the first teaser has just arrived and Yamaguchi certainly shows no signs of impending maturity. Which makes me very, very happy. Check it out below.