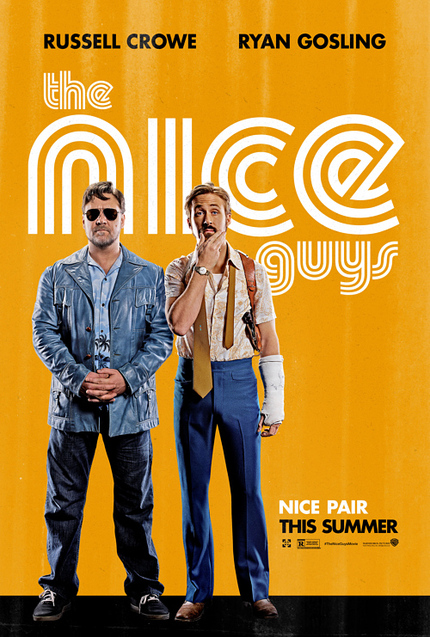 I'm sure, back in 2013, that there were more than a few people wondering what on earth Shane Black was doing directing an Iron Man film. What appeal, after all, could producing made to order multiplex product have for the idiosyncratic writer of Lethal Weapon, Monster Squad and The Last Boy Scout and writer-director of Kiss Kiss Bang Bang?

Well, the answer is actually pretty simple. Relationship with Robert Downey Jr aside, Black wants to direct and with only one directing effort under his belt the best way to earn himself the freedom to do so, and do so the way he wants, is to earn. And, yes sir, Iron Man 3 certainly did that. And now Black is back with The Nice Guys - a Ryan Gosling / Russell Crowe starring action comedy that looks to be completely and purely Black's own.

The red band trailer for this one popped up over the weekend and it is simply fantastic, loaded with the sharp writing and over the top violence that made Black's name in the first place. It's also by far the most engaged and entertaining that I've seen either of his leads in quite a while. Check it out below.