POINT BREAK: Get Behind The Scenes Of The Incredible Stunts 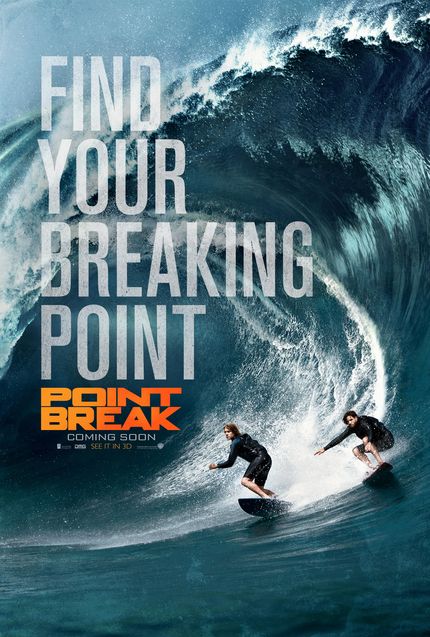 Sometimes in the movies - as in life, really - you've just got to throw a guy out of a plane. Or off a cliff. And how do you do that if you would also prefer not to kill them in the process? This is a question that must surely have been vexing to the producers of Point Break - a film which is entirely built around extreme sports - and so they have released a series of behind the scenes featurettes to show how they created some of the film's many high risk stunt sequences.

The video player immediately below here is primed to serve up one of of the four behind the scenes featurettes - or the trailer - at random with every page load, or you can find each of the four featurettes embedded individually down at the bottom of the post.


A young FBI agent infiltrates an extraordinary team of extreme sports athletes he suspects of masterminding a string of unprecedented, sophisticated corporate heists.

Teresa Palmer, Luce Bracy and Edgar Ramirez star in the Ericson Core directed remake of the 1991 cult favorite. Check out all of the behind the scenes videos below if you missed 'em up above!

Do you feel this content is inappropriate or infringes upon your rights? Click here to report it, or see our DMCA policy.
behind the scenespoint breakremakestuntstrailer