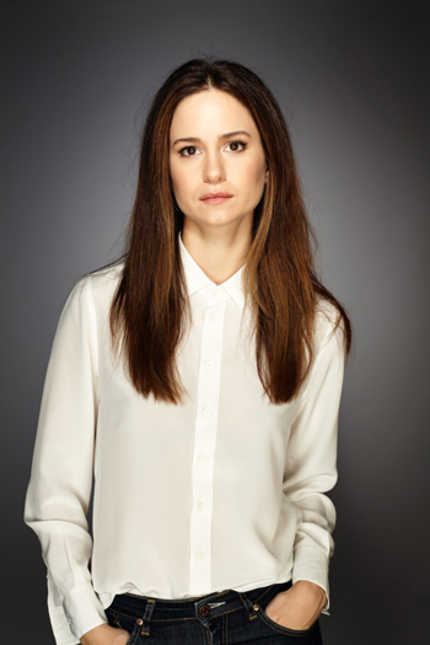 Deadline is reporting that Katherine Waterston will reunite with her Steve Jobs co-star Michael Fassbender in Ridley Scott's Alien: Covenant. The film is a sequel to Ridley's maligned alien film Prometheus and is believed to be the first in a trilogy of films that will link Prometheus to his 1979 film, Alien.
Though details of the script are kept under wraps Waterston will take the female lead, Daniels. The report says that the story is believed to be about the crew of a ship called Covenant that lands on a supposed paradise only to find out that the remote planet is harboring great danger. Could be aliens. Maybe. Just saying.
The only inhabitant on the planet is Fassbender's David from the first film.
Hold up. Didn't David get his head ripped off in the first film? You bet. Cannot wait to see how they work him back into the story. The possibilities are endless when you are an android. Humans? Not so much. We are kind of a one-shot deal.
Sign-In to Vote
Tweet 0 Submit

Scott's lost my trust. Can't believe I'm typing such, but it's the truth.

Scott regained a lot of goodwill with The Martian, but I don't trust where he's steering the Alien franchise.

I'm glad Scott is steering Alien to new territories with new faces. I just wish Charlize was around for another. I totally dig her bad assery :/