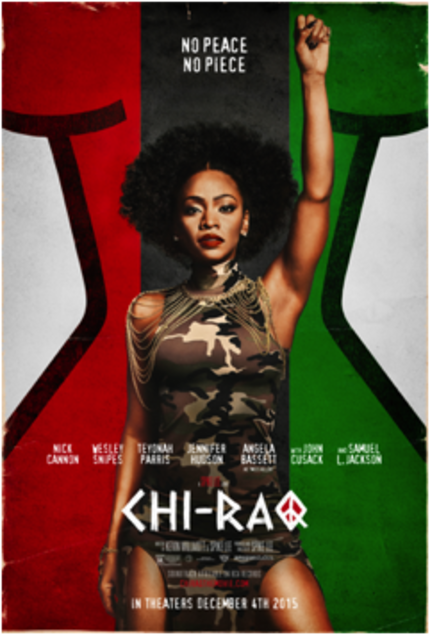 I'm a huge fan of Greek tragedy, and I remain a fan of Spike Lee, despite some recent missteps in a few films. His latest, Chi-Raq, will be released in the US on December 4th, and it looks pretty awesome, reminiscent of Do the Right Thing and Mo Better Blues in combining politics with music, though perhaps on a grander scale (and with a bigger budget).

An adaptation of the Greek play Lysistrata by Aristophanes, Chi-Raq is set in contemporary Chicago, where the murder of a child by a stray bullet serves as a rallying cry to the black women of the city. To battle the ongoing violence of the city's south side and make the men put down their guns, the women withhold sex.

This is a great concept, one that fits very well into our modern world, especially in light not only of violence on black male bodies, but violence on black female bodies, which often includes sexual violence. With some great actors on board including Angela Bassett, Jennifer Hudson, John Cusack and Samuel L. Jackson, I've got high expectations for this. Watch the trailer below.