It's gorgeous and sunny today but yesterday the weather was overcast at the Los Cabos International Film Festival, which made it just a tiny bit easier to ignore the beautiful surroundings and head inside to watch movies. Happily, the trio that I saw were all above-average. 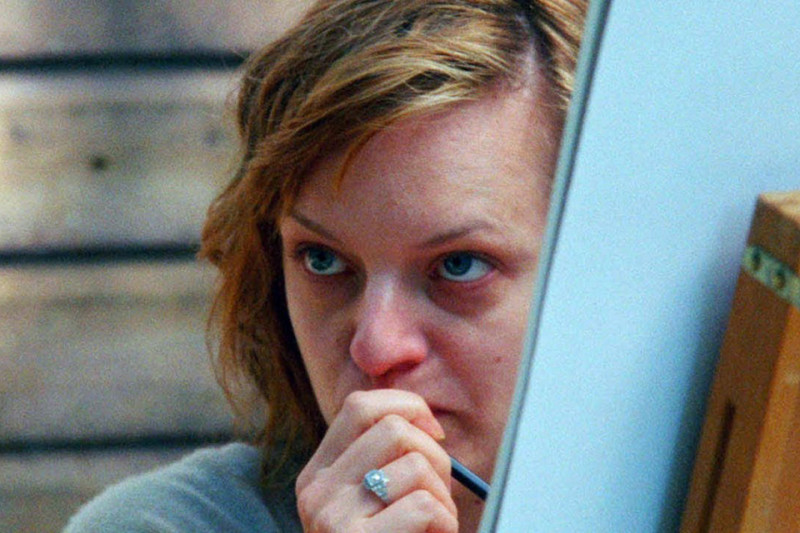 Right up front, I'll admit that I hadn't seen anything by Alex Ross Perry before this screening, but now that I've seen this bold and challenging drama, I'm intensely curious about catching up with the filmmaker's body of work, as small as it may be.

The 70s-style photography immediately caught my eye, since that's my favorite decade for movies, and the deliberate pace of the narrative allowed me to become completely aborbed in what is, essentially, a character study of two women, one of whom may be losing her mind.

Patrick Holzapfel wrote about the film for Twitch this past February. Having the benefit of watching Perry's previous film, Listen Up Phillip, he could better place the director's latest effort in context:

"Alex Ross Perry is a more than promising young director. He courageously combines intimacy, humor and a sense for cinematic language and form. Nevertheless, his latest, Queen of Earth, is a step back for the young director in terms of maturity and individuality, especially compared to his impressive Listen Up Philip.

"In Queen of Earth, the director aims at the same time for greatness and modesty. The modesty comes from working with fewer people, fewer locations, and a smaller budget than in his previous film while the greatness follows in the footsteps of directors like Ingmar Bergman and Roman Polanski. To be frank, one can easily speak of a rather cheap copy/combination of Persona and Repulsion. But there is something in the faces of his characters that saves the crucial spark of originality."

The festival is featuring a Spotlight on Perry, also screening his films Impolex and The Sleeping Giant. My schedule doesn't allow me to see those films here but I'll be certain to hold my own retrospective as soon as I get home.

Teenage boys. I've been one. I know the ground pretty well, even if I've never lived in Canada or lived the exact lives experienced by the three 15-year-old boys that are at the heart of a new film by Andrew Cividino.

Even though I missed the first 5-10 minutes, it was easy to fall into the lazy and silly antics of the boys as they lark about during an idyllic summer that will prove to be quite momentous. Twitch's Jason Gorber saw the film at the Cannes Film Festival earlier this year and had this to say, in part:

"It's not a transcendently amazing feature unheralded in the history of cinema, but equally, and perhaps more impressively, it's a low budget indie about a bunch of kids in a small town that doesn't provoke the desire to gouge the central character's eyes out. Or, at least, when you are prompted to inflict violence, it's well earned.

"Set in Northern Ontario, Canada, this is a land of conifers, deep blue lakes, and glacier-sculpted cliffs and mesas. Starting with a wrestling match on the dark sandy shore, this confrontation between three boys is the heart of the tale, but as overt as the imagery is, it manages to appear organic instead of some heavy handed metaphor."

Jason also stated: "This is a very good film and that's well worth celebrating." I agree whole-heartedly. 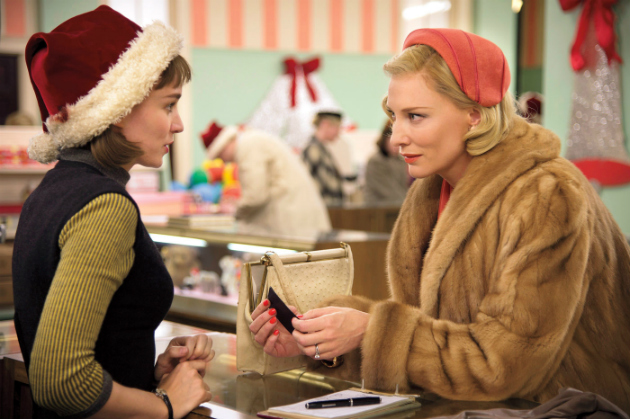 Magnificent from its first sequence, Todd Haynes' Carol is a melancholy drama about the relationship between two people. What starts to distinguish it is its setting -- the United States of America in the 1950s and its characters, primarily two women (Cate Blanchett and Rooney Mara) who are drawn inexorably toward each other like magnets without a care in the world.

Our own Ben Croll saw the film at the Cannes Film Festival and was not nearly as enamored with it as I was. He explains in his review, stating in part:

Carol is a story about characters suffocating in their own skin, trapped by the trappings of polite society and moral expectations. Characters who pour the greatest meaning into furtive glances and casual brushes, stealing quiet moments from the crowds around them, stepping out from their own normal lives. So it is altogether fitting, ironic even, that the film gets all the details and minutiae right, but never quite gets them to coalesce into an emotionally satisfying whole. … overall, Carol is a tremendously accomplished film, and one I respect a great deal. Unlike Therese and Carol, however, I didn't fall in love. I'll have to settle with just being friends.

I loved Carol even as it broke my heart. Isn't that like life? Ah, well, we all respond to different things in the movies we watch, and that's what makes attending festivals such memorable experiences.

Do you feel this content is inappropriate or infringes upon your rights? Click here to report it, or see our DMCA policy.
festival dispatchfilm festivalLos Cabos