Forget About Bond, It's SPY TIME! 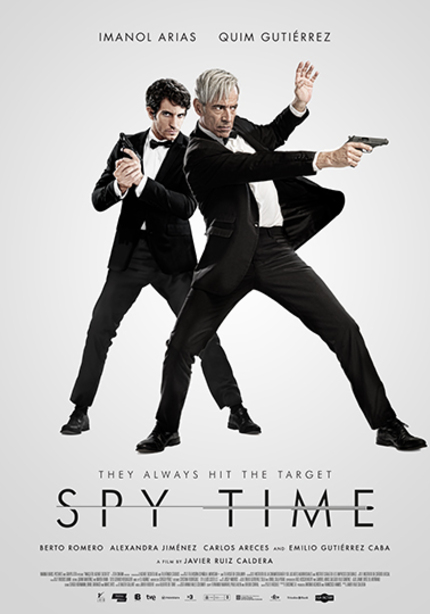 There's a long - and sometimes pretty fantastic - history of James Bond inspired comedies around the globe and while the OSS 117 films have long been held as the best of the lot to come out of Europe they may very well be challenged for that position by Javier Ruiz Caldera's upcoming Spy Time (Anacleto Agente Secreto).

This Christmas is going to become a living hell to Adolfo. Not only does his girlfriend leave him for being a guy with no ambition who works in a security company, but to top it off, he becomes the objective of a series of thugs led by Vázquez, a dangerous criminal who just escaped prison.

What did he do to get into such a mess?

It's then that he discovers that his father has a double identity. He's not the sausage maker living out in the countryside on his farm that Adolfo always thought he was. He's Anacleto, a secret agent in a slump and the man who locked Vázquez away thirty years ago. Adolfo will have to venture out of his comfort zone and work with his father, the person he gets along with least in the world, in order to survive Vázquez's vengeance and to try to win his girlfriend back, all while making it through shootouts and chases.

You could pitch this as a sort of grown up Spy Kids as well, I suppose, though doing so dramatically under sells what looks to be an absolute top notch production, both in terms of action and comedy value. The international trailer for this one - English subtitles included - has arrived and looks like fantastic fun. Check it out below.