Sitges 2015 Review: FROM THE DARK Is An Enjoyable, If Repetitive, Ride 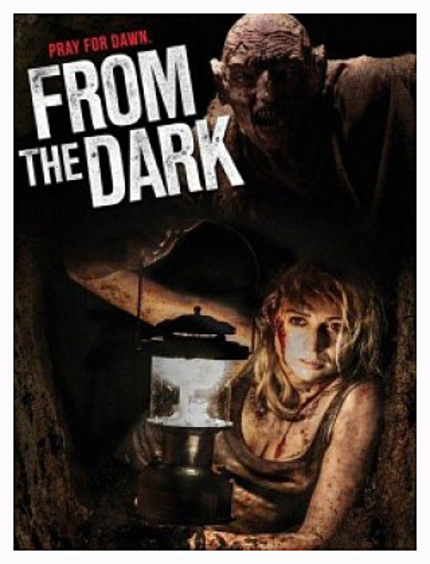 Conor McMahon is no stranger here in Sitges. The Irish director already succeeded in winning the audience's affection back in 2012 with Stitches, a film that managed to get as much laughter as jumps and scares. This time he comes back to Sitges with From The Dark, a film that features a more classical and straightforward approach to the horror genre but still manages to offer some fresh ideas of his own.

Sarah (Niamh Algar) and Mark (Stephen Cromwell) are a couple traveling through a remote rural area in Ireland on their way to a wedding, but somewhere along the way they take a wrong turn that leaves them completely lost. Mark decides to go searching for help, but it seems the only sign of civilization around is a nearby farm. But what they don't know is that is the very same farm where some hours earlier the farmer accidentally stumbled across the tomb of an ancient evil. As it couldn't be otherwise, the creature now roams free and it's looking for something fresh to satiate its hunger, and Sarah and Mark are conveniently at hand. Fortunately for them though, this monster seems to have a weak point: the light. So the only way to survive the night is to use this only means of defense to keep the darkness from getting too close.

The setup of the film is pretty simple and straightforward. The rules are made clear right from the start, so there's no need for wasting characters' dialog explaining the audience what is going on. McMahon knows perfectly well the kind of film that wants to deliver and who its target audience is, so there's no need for unnecessary explanations. What's more of a pity is that From The Dark's central concept (the use of any viable source of light to fight the vampire-like creature) turns the film into a one-trick pony. Despite starting as a fresh take on the subject, the desperate search for the next source of light ends up being a little repetitive. Go for the light, fight off the creature, wait until light fades/gets destroyed and repeat.

But despite that, I don't want to give a wrong impression: From The Dark is a thoroughly enjoyable piece of horror cinema. It's nice to find a script with a strong female lead who's more than capable to defend herself and even take the offensive. McMahon's work is also remarkable, with a wonderful use of out-of-focus shots cleverly disguising the budget limitations. The creature is never shown clearly, but manages to come across as a truly frightening presence. Sound effects and music are also put to good use, knowing when to use them or not to create some pretty strong scenes.

From The Dark probably won't become a cult fan-favorite like Stitches, but it certainly is an honest film made by someone who loves the genre. I'm pretty sure a lot of people will enjoy it, at least while their lights are still turned on.
Tweet Post Submit

Do you feel this content is inappropriate or infringes upon your rights? Click here to report it, or see our DMCA policy.
conor mcmahonfrom the darkhorrorirelandreviewsitges