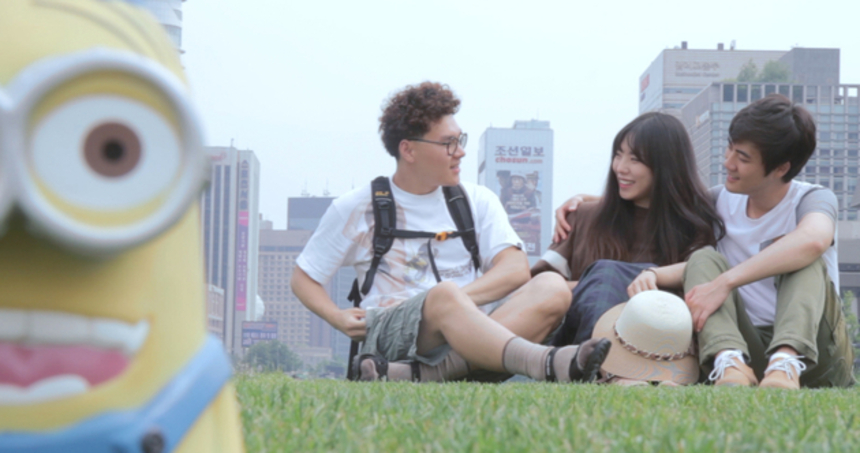 It's the small moments that work in Recording, a story that is low on ambition but infused with a winning charm even as it drags in the scripting department, particularly in the back half.

Sweet and unaffected, Park Min-kook's debut follows a woman in her early 20s who chronicles her losing battle to stomach cancer with an omnipresent home camera. Even with the end drawing near, she continues to wear a bright smile and tries to spend some of her last carefree moments with her partner and friends.

Rather than attempt to provide a new insight on terminal illness and the toll it takes on its victims and their loved ones, Park paints a picture of innocent youth that isn't quite able to grasp the consequences of impending loss. With an endearing cast and a naturalistic tone which belies a nuanced staging, Recording is a modest and pleasant affair, for the most part, but one that eventually falls victim to its own reticence as it wears on.

It's a pleasure to meet the young victim, reminiscent of a bubbly Kim Min-hee, her caring boyfriend and the nerdy sidekick Curly Furly, but once we get a feel for them and their comfortable camaraderie and our focus moves on to other elements of the film, the narrative, by remaining obstinately straightforward, is unable to pick up the slack. Park's restraint keeps the film from building on its affable first half.

Tensions build as the protagonist's death nears and the mood shifts to a sappier tone, allowing for the melodramatic entrance of the girl's mother. It isn't long before the girl begins to feel like a burden and thus distances herself from those who care for her but narratives like this tend to follow the same pattern and Recording proves to be no exception.

The gimmick of having every scene recorded by the protagonists cuts both ways in this instance. It makes the film seem effortless and intimate, imbued with a cutesy and very local tone, but also leads to some major narrative contrivances. Yet, while lacking in originality, it's the right choice for this project, even if the end result turns out to be somewhat forgettable. On the plus side, the film features perhaps one of the most novel karaoke singing techniques ever captured in a Korean film.

If Park can meld his fresh, unpretentious style, with another charming cast but a weightier script in future, his sophomore work may well be something to keep an eye out for.

Do you feel this content is inappropriate or infringes upon your rights? Click here to report it, or see our DMCA policy.
biffbusan film festivalfound footagemelodramapark min-kookrecordingstomach cancer녹화중이야박민국