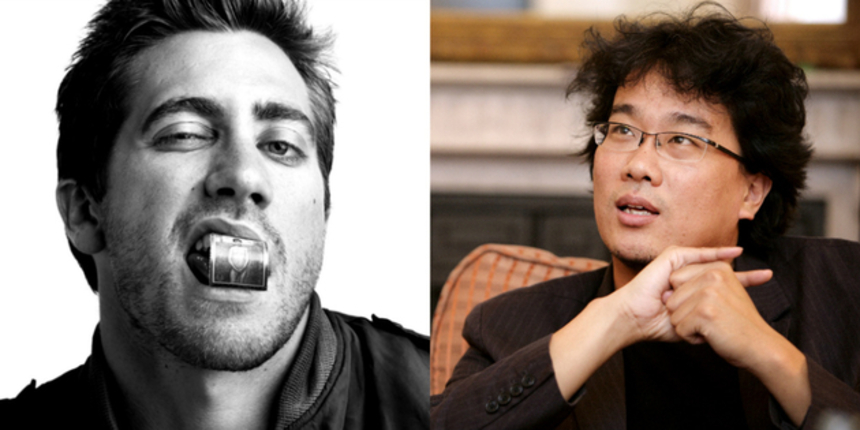 Returning to the creature feature well after 2006's The Host, ace Korean director Bong Joon-ho's next film Okja (no English title as of yet) is gearing up for production early next year and a cast of big names is starting the circle the project. Jake Gyllenhaal, Paul Dano, Kelly Macdonald and Bill Nighy are all in discussions to join the already confirmed Tilda Swinton, who partnered to great acclaim with the filmmaker on his last film Snowpiercer.
Lewis Pictures, which brought us Haemoo, is handling production and the film will be shot both in Korea and New York, in Korean and in English. No names have been floated yet for the lead character, a young Korean girl from the countryside.
Following modern foreign classics such as Memories of Murder (2003) and The Host, Bong proved more than capable when he ascended to the global stage with the big-budget and multi-lingual Snowpiercer. While details of his new story are scant, the creative pedigree is certainly coming into place, including some exciting talent we've heard of but are not at liberty to share. Okja probably won't surface until well into 2017, but we're already dying to see it.
Sign-In to Vote
Tweet 0 Submit

Do you feel this content is inappropriate or infringes upon your rights? Click here to report it, or see our DMCA policy.
Bill Nighybong joon-hoJake GyllenhaalKelly MacdonaldokjaPaul Danosnowpiercertilda swinton

Not sure how to feel about this. I pretty much like all of Bong's ouvre except for The Host. While nowhere near a bad movie, it has to be his least interesting one. And I hope he gets a bigger budget for CGI this time around, or maybe just better talent, as The Host was rather lacking in that department as well.

Whatever happened to Im Pil-sung's The Host 2? Korean gossips claim Gyllenhaal was wanted for "Curtis" role in Snowpiercer, but the shooting schedule overlapped with Enemy's exactly. (Oddly, his layabout uncle in '12 stage play and support in Everest are Song Kang-ho types from '06/pre-fame.)

SNOWPIERCER was the biggest disappointment of last year for me personally. Hoping for a rebound.

Sounds great to me. Bring it.