Toronto 2015 Review: THE CLAN Is Technically Impressive But Emotionally Distant 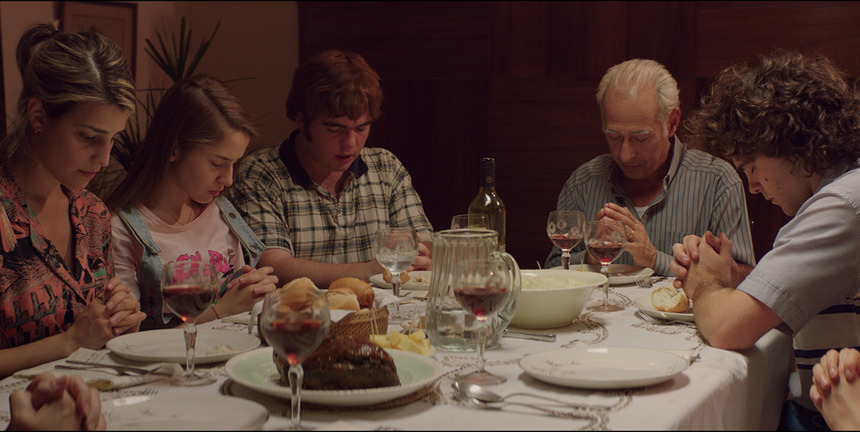 It should be noted right from the outset that Pablo Trapero's latest, The Clan, both is and is not exactly what you expect it might be. The true story of a notorious kidnapping ring active in Buenos Aires throughout the early 1980s The Clan is certainly rich in detail and delves deeply into the true history but those expecting any sort of conventional crime thriller are not going to find it here. And those hoping, perhaps, for a character study of the man who ran the ring from his home, with the help of his wife and children, and what could drive a man so driven to deliver for his family to subject them to this ... well, that's not here, either. But first, the history:

A former intelligence officer in the time of the Argentinian junta of the 1970s, Arquimedes Puccio has had to adjust to life in democracy. A life in which his particular set of skills is no longer required. Though seemingly well liked and well established in his community, with his eldest son a national rugby star, Puccio has struggled to make the transition. He cannot find proper employment. And yet bills must be paid. And so he pays them as he knows how: By kidnapping the wealthy, holding them hostage in the basement of the family home, and then executing them upon the payment of ransom so that nothing can ever be traced back either to himself or the family he has made complicit in his crime. It is, as he states at one point, a new phase of his career. The Puccio clan actively ran their kidnapping ring for years, and reaped the benefits until it all finally did come crashing down.

This is a fascinating story ripe for adaptation, to be sure, but Trapero takes neither of the most obvious roads into the material. Looking for a crime thriller? There's no trace of police on their trail, minimal glimpses of planning the crimes and we scarcely ever even see the victims. That's clearly not the focus. A character study, then? An unraveling of the sort of man who would employ his own son in the kidnapping and execution of that son's friends and colleagues? That doesn't happen either, frankly, with the Puccio patriarch proving an entirely inscrutable and seemingly never changing figure in the story. We really know no more about what makes Puccio tick at the end of the film than we did at the beginning.

So, what then? What is Trapero up to? It would seem that his intentions here are a portrait of a time, a snapshot of a bit of history where it seems perfectly natural - mundane, even - for a man like Pucci to engage in such a 'new phase' of his life. Which is an interesting approach on the face of it, but one which also demands a degree of knowledge of the source events and an emotional connection to them.

Though handsomely shot and beautifully directed, The Clan plays very much as a local film for local audiences. For those familiar with the history, those who lived the period, the tale of the Pucci clan will be fraught with meaning and emotion - a reaction borne out by the Argentineans in the audience where I saw the film. But for the rest of the world, without those associations? For the rest of us it's a much more slippery affair, one which is technically impressive to behold but emotionally unengaging.