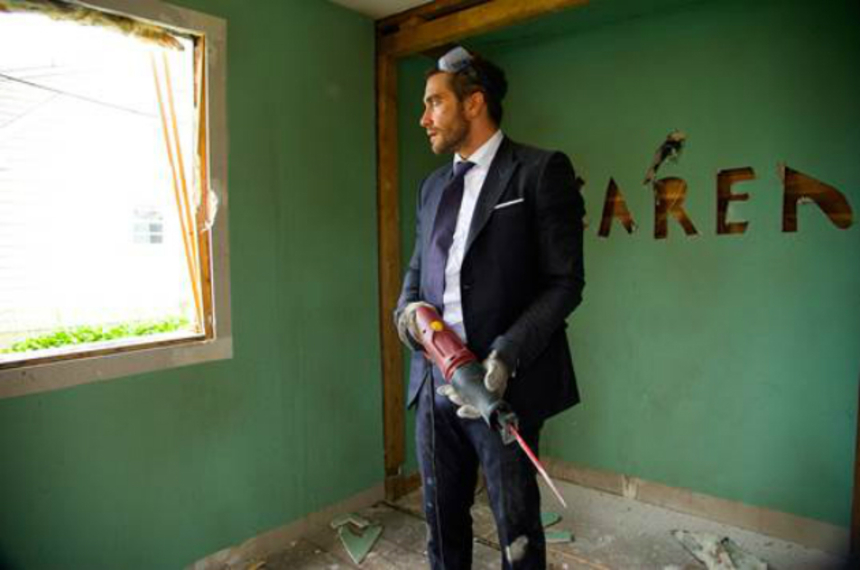 It's fair to say I've become enamoured of one Jake Gyllenhaal of late.

Sure, the man has piercing eyes and lovely, bushy eyebrows, but more to the point is the power and poignance he's been bringing to screen. From modern masterpieces like Zodiac or Nightcrawler, he's quietly become one of the leading performers of our age, elevating even lesser films like Southpaw with his mere inclusion.
Time will tell if Demoltion reaches the lofty goals of his other mega films, but on first viewing it certainly seems like it's in the right ballpark. We get another colour of performance from him - yes, it's a distant character like he's played before in Enemy, but here the manic rage is more focused, more fierce.
The storyline a of man confronting his wife's death, and the connection he finds in a customer service representative, should be appalling and maudlin. Yet under the graceful direction by Jean-Marc Vallée, and a terrific ensemble that includes Naomi Watts, Chris Cooper and newcomer Judah Lewis, the film manages to soar.
The bulk of the film's emotional arc rests on Jake's shoulders, and he manages to convey much with little, taking the smallest action to provide raw and revealing emotions. The same can be said when he does explode - there's a unique distance to the rage, his smashing of walls with a sledgehammer is almost pedestrian. It all works, and works brilliantly.
While Vallée's C.R.A.Z.Y. was to be applauded, I wasn't a huge fan of Dallas Buyers Club, and found Wild to be a real mess, both tonally and cinematically. Demolition certainly feels to be Vallée's most mature work, but equally his best - it's a wonderful demonstration about how such a story (from a writer without a particularly strong pedigree) can be woven by a director with vision and talent into a remarkable tapestry of emotion and behaviour.
Demolition knocked me out, a far cry from the manipulative and saccharine storyline that it at first appears to be. Artistic and accessible, it's another bravado performance by Jake G, a sterling film by Vallée, and an all around impressive look into grieving from a very different and occasionally difficult perspective.
Tweet Post Submit

Do you feel this content is inappropriate or infringes upon your rights? Click here to report it, or see our DMCA policy.
demolitionJake GyllenhaalJean-Marc Valléetiff 2015Toronto 2015Toronto Film Festival