THE SECOND MOTHER Submitted By Brazil For Oscar Consideration 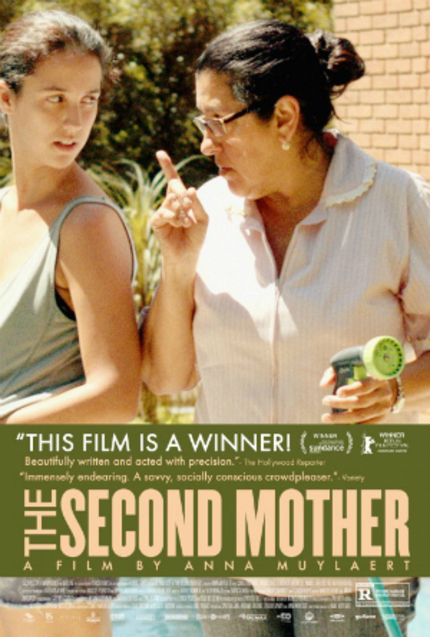 The Brazilian Ministry of Culture announced yesterday that The Second Mother (Que Horas Ela Volta?), Anna Muylaert's impressive fourth feature, will represent the country in the race for the Academy Award for Best Foreign Language Film.

Beautifully crafted and featuring a fantastic performance by Regina Casé in the leading role, this passion project of director Muylaert is centered around a live-in housekeeper who watches the delicate balance of her relationship with the family she works for implode when her estranged daughter arrives to live in the house. It's a lively, studied and often funny portrait of the impact of the recent social changes in Brazil (where live-in housekeepers were quite common in middle class homes a few years ago) and the insidious nature of class relations in the country.

Since its debut in Sundance, where it won an Special Jury Award for actresses Casé and Camila Márdila, The Second Mother has confirmed its vocation for being a real crowdpleaser in a number of festivals and has had a solid commercial run in different countries - including the US. In its native country, the film is entering its third week making good business, pushed by strong word of mouth. It's already one of the big hits of the year in the arthouse circuit.

More about The Second Mother