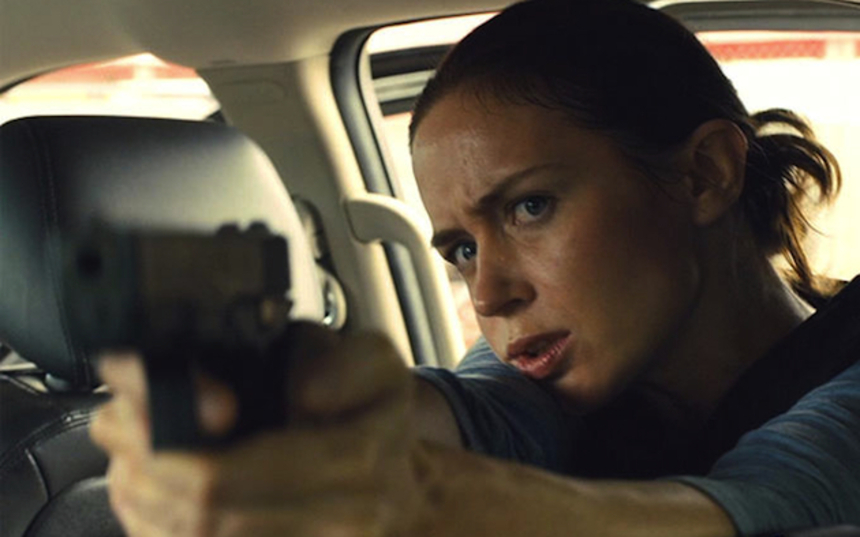 With Denis Villeneuve at the helm I betchya that answer is YES. The Quebecois director has been raking up a complex and eclectic filmography over the years, from Prisoners to Enemy, and his Cannes premiering Emily Blunt starring cartel thriller looks to follow suite.

Our own Jason Gorber said of Sicario: "A film that at times feels like an adventure, while at others it affects one like a stab in the stomach, Sicario's dagger plunges deeply. Its ethical ambivalence combined with its superbly executed filmmaking makes this a very special film indeed..."

Lionsgate is releasing the film stateside starting September 18, and their official synopsis goes:

In Mexico, SICARIO means hitman. In the lawless border area stretching between the U.S. and Mexico, an idealistic FBI agent (Emily Blunt) is enlisted by an elite government task force official (Josh Brolin) to aid in the escalating war against drugs. Led by an enigmatic consultant with a questionable past (Benicio Del Toro), the team sets out on a clandestine journey forcing Kate to question everything that she believes in order to survive.

If you're based in the New York City area then ScreenAnarchy has a treat for you today. We've got 100 first-come-first-serve passes to an advance screening of the film on September 15th, 7pm, at a Manhattan based theater. Click here for the full details and to obtain your passes. And you should know this one by now, ScreenAnarchyers: be sure to get there early to guarantee your seat!

Sicario opens limited on September 18, with a nationwide expansion, October 2.

Do you feel this content is inappropriate or infringes upon your rights? Click here to report it, or see our DMCA policy.
Benicio Del ToroDenis VilleneuveEmily BluntJosh BrolinSicariothrillerticket giveaway