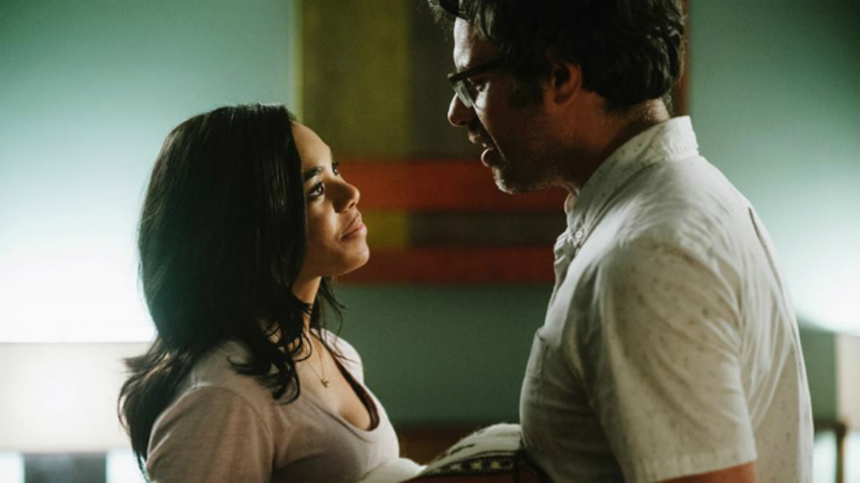 People, Places, Things is a dry, almost forgettable title that refers to a film much better than those adjectives strung together by commas. It's a quotidian moniker for a film that's kind of exceptional, celebrated not only because of its clever script and welcoming setting, but because of a slew of warm and engaging performances, led by Jemaine Clement.

Broadly, this is a romantic comedy with the Flight of the Conchords star in leading man form, but naturally the film is a hell of a lot more droll than that. Clement plays Will Henry, Kiwi cartoonist and cuckolded husband. Literally drawing upon his relationship ennui by inking out stories from his life, he's also a father to two precocious young girls named Clio and Colette.

The film feels mightily New York, and its tone isn't so different than the likes of Louie C.K. regarding the rearing of a couple of rambunctious children. Yet despite the laconic air, the film really does work well as a film, not just a series of jokes or shtick that televisual stories often rely upon.

Yes, there are loads of clichés toyed with, from uncomfortable dates to debates about the aesthetic and hermeneutical vagaries of graphic novel storytelling.

There's a whiff of Alexander Payne's brand of Midwestern surrealism in the telling, Clement's implacability seemingly at odds with a city and a commute out to block his every move. Clement is joined by a terrific cast that includes Stephanie Allynne, Derrick Arthur, and Jessica Williams, as well as a compelling turn by Regina Hall. The artwork (sketched by Gray Williams) looks like a sullen version of Family Circus, complete with round faced characters and clean, high-contrast inked lines. As both teacher and artist, the artwork serves as a way through Henry's quiet resignation, serving to give a bit more insight into his emotional state.

Director James Strouse, now a veteran of the Sundance circuit, is a professor of film at the School of Visual Arts in New York city, where many of the scenes were shot. There's a believability to the classroom moments that avoid being pedantic, and Clement pulls off appearing as both a competent teacher and an overwhelmed human being.

The story of People, Places, Things veers far enough away from the expected trajectory to keep things interesting, even if at its heart this is a fairly linear romantic comedy. It's the charm of the piece that makes it feels engaging without being forced. There is a quiet calm to the piece even when it gets its most aggressive. Much of this of course comes down to the tone set by the leading man - it's an improbable thing perhaps, as for all his gifts Clement doesn't exactly come across as a guy looking to supplant Hugh Grant in the romcom department. Yet he's a huge part of what makes the film work. It's his anxiousness without mawkishness that is unique in the genre - neither the smarmy guy with the blow-dried hair or the Nebbishy stereotypes of a Woody Allen or Billy Crystal.

People, Places, Things radiates a warmth and calm which is comforting, a lovely little film that's both entertaining and sweet. It's a bit bleak without being cynical, and moving without being saccharine. It's self-aware humour is never grating, and with a terrific lead performance and excellent support, it's one of those pleasant festival films that shines through the slew of lesser works.

Also see our interview with Jemaine Clement and James Strouse.

Review originally published in connection with the Sundance Film Festival in February 2015. The film opens in select U.S. theaters and via various Video On Demand platforms on Friday, August 14.