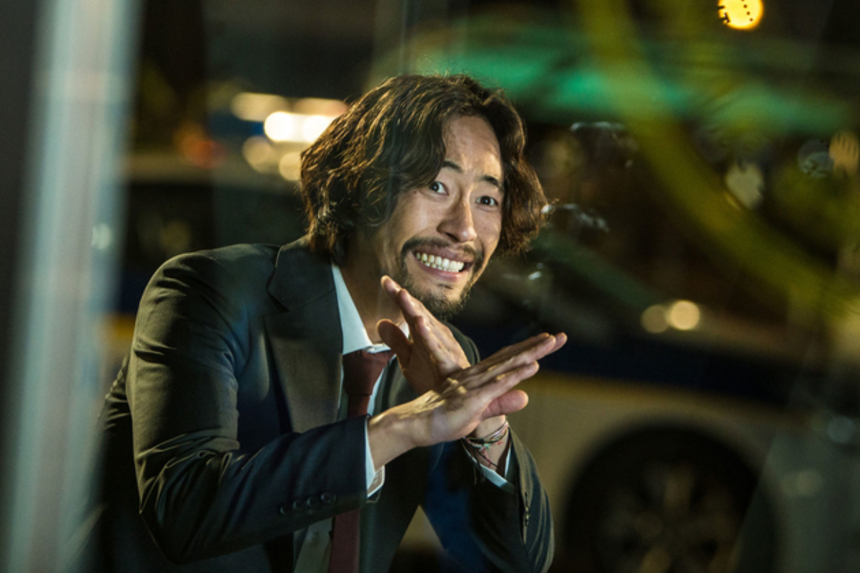 In a bid to branch out to a wider audience following the tepid critical and commercial response to 2012's The Taste of Money, director Im Sang-soo returns with the spirited but borderline incoherent action-comedy Intimate Enemies.

Though desperately trying to be cool, sexy and modern, this summer caper comedy feels outdated and desperately out-of-touch, particularly in its misguided attempts to be egalitarian and multicultural. It also marks the third straight bust for 20th Century Fox, which has been trying to crack the Korean market with local films since 2013.

Lowly corporate henchman Ji-noo and tow-truck driver Na-mi team up when they come across a pair of bags filled with cash. With the help of Na-mi's Ghanian co-worker and his Korean wife, this band of unexpected misfits plot their getaway while Ji-noo's employers and the unscrupulous CEO who's been robbed slowly close in on them.

Frankly speaking, the plot for Intimate Enemies may as well have been written on the back of coaster after one too many whiskey sours. It's a loose bundle of cause and effect with no concern for balance, logic or even continuity. The shape and color of the product changes from scene to scene as if Im arrived on set looking to make a different film every day. As the film's anti-heroes already have their hands on the cash following the first sequence, the rest of the film is inevitably robbed of any real suspense, instead flowing through a series of underwhelming and contrived set pieces and peppered throughout with some even less convincing character moments.

Last seen in The Berlin File (2013), the ever-energetic Ryoo Seung-beom returns to the big screen following a two-year hiatus during which he worked as a model in Paris. His trademark grin is bigger than ever in a role that sees him milk his cool image for all its worth, leaving us with a character that is all swagger and no substance. Sadly this appears to be the modus operandi of the rest of the lead quartet as well, as Go Joon-hee's absurdly attractive tow-truck driver gets more butt shots than lines and the multicultural couple of Ryoo Hyoung-kyoung and TV personality Samuel Okyere don't really seem to do anything at all, save for gussy themselves up and strut down the street with machetes alongside their partners in crime.

Aside from the objectification of Go's backside, Intimate Enemies further complicates its gender politics when she is kicked not once but twice in the groin in one unnecessarily nasty bout of fisticuffs. Of course the attacker gets his comeuppance when she finishes the duel with (you guessed it!) her foot in his crown jewels. The fact that she kicks him there three times only emphasizes the bad taste left by the scene. If the intention here was to empower Go's character, her constant fetishization thoroughly undermines this.

Beyond its problematic representation of women, Intimate Enemies also gets in trouble with its depictions of race. While the portrayal of the Ghanaian in the central quartet of protagonists is largely a positive one, the African underworld that the film explores doesn't exactly paint a pretty picture. The intentions of the filmmakers are clearly not malicious, but featuring Yang Ik-joone as a foul-mouthed African gangster in blackface and arming the film's protagonists with machetes as they prepare for a final showdown demonstrates an alarming degree of cluelessness.

Im Sang-soo was once one of the best in the biz. After delivering the modern classics A Good Lawyer's Wife (2003) and The President's Last Bang (2005), he hit his first roadblock which The Old Garden (2007), a work that felt pretentious, though which many (including yours truly) still admired. But, despite a pair of Cannes invitations (for The Housemaid and The Taste of Money), he's been on a downward streak ever since and, alas, with his latest he has reached his lowest point yet.

Im has claimed that with Intimate Enemies he wanted to speak to today's cloistered Korean youths, who are taught to toe the line and encouraged not to think outside the box. The thing is, he already did this, and with far greater success, 15 years ago with the gritty teenage runaway drama Tears (2000).