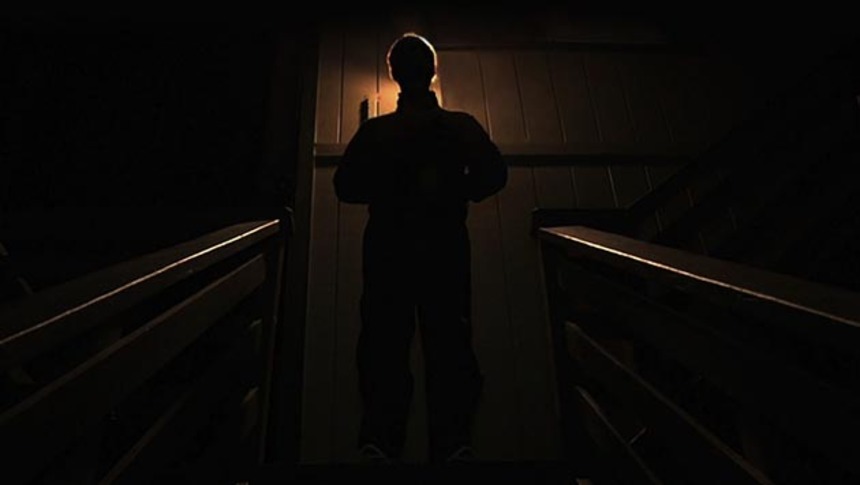 Films that inspire strong, even if divisive, reactions are much more preferable that those that make viewers toss up their hands or roll their eyes to signify "meh." Case in point: Creep, a found-footage film by Patrick Brice, co-starring Mark Duplass.

It debuted last year at SXSW, where our own Zach Gayne described it as "a shocking feat that keeps viewers blissfully unaware of the unsettling directions around each bend. Suffice it to say that Creep is one of my special favorites of the many films I've been fortunate enough to catch at the 2014 edition of SXSW." He sat down with Brice and Duplass for an interview, which you can read in its entirety here. A couple of excerpts to whet your appetite:


Mark Duplass: "Our general feeling is like, as long as you find the movie entertaining and you're not bored, we are okay with whether someone yells or laughs at a certain point and it's kind of fun to watch audience members look at each other in confusion as they're sitting in the same movie experiencing the same piece of cinema and one person just screamed in terror and the other one just laughed. And it's a cool talking point, ya know?"

Later in the interview, Duplass talked about the contributions of producer Jason Blum:


"I'm friends with him.. yeah and we've done movies together and I was like; check this out and he's like I don't want to, y'know? I get sent every piece of shit of found footage you can imagine y'know? And we watched it and he was like, Oh we have to do this. I was like; why the turn? And he was like; because you got the performances right. These movies never get the performances right and that's the key. I can help punch up the horror and I'll use all my team and help and that stuff, that's easy.

"As a form we were excited about it because it facilitated us exploring. And also our belief was a form isn't inherently bad, how you use that form is bad and I think how people are using the found footage form is getting really repetitive and boring as shit so we were trying to lighten it up a bit with our weird tone."
Again, you can read the entire interview, which is quite good and worth your time. To circle back around, although Zach Gayne thoroughly enjoyed the movie, another critic and friend told me he thought it was "stupid," and I admit I had a similar reaction when watching the trailer.

But, hey, I know a lot of people are more open to found-footage than I am, and may be more attuned to the sensibilities of the filmmakers, so if you like their work -- Brice recently completed The Overnight, which opened in select theaters last weekend -- you'll want to give it a shot.

Creep is available today via various Video On Demand platforms and iTunes. It will be available to be streamed on Netflix as of July 14.

Do you feel this content is inappropriate or infringes upon your rights? Click here to report it, or see our DMCA policy.
horrorJason BlumMark DuplassPatrick Brice

More about The Overnight