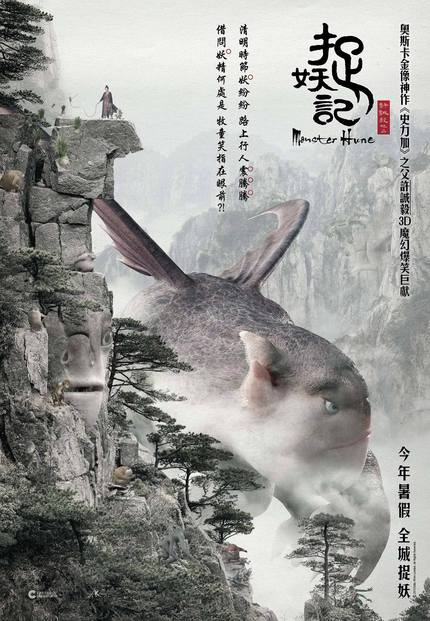 If there were any doubts remaining as to what Ramen Hui's upcoming Monster Hunt was aiming to be after the recent release of a first scene from the film, the freshly released theatrical trailer makes it very clear. What we've got here is a full bore, period set, kid friendly, fantasy-comedy loaded up with a huge number of CGI animated creatures and a little bit of nipple biting.

According to some reports the most expensive film in production house Edko Films' history - no mean feat, given Edko's involvement in House Of Flying Daggers and the like - the tone of the film doesn't seem to match with the poster and earlier marketing elements but given the rapid expansion of the Chinese box office this could very well prove to be a license to print money for its backers. Take a look below.