DOOMSDAYS: Check An Exclusive Clip From The Indie Comedy 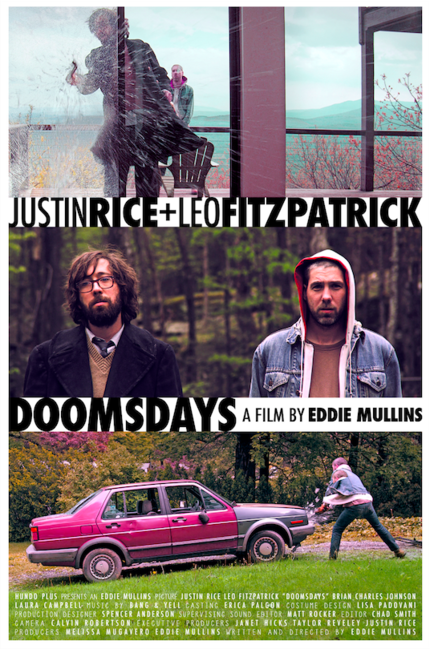 Director Eddie Mullins won a lot of love on the festival circuit for his indie pre-apocalyptic comedy Doomsdays and with the film and with the film having launched its limited theatrical run and now available on VOD we've got an exclusive clip to share!

Dirty Fred (Justin Rice) and Bruho (Leo Fitzpatrick) aren't sanguine about the future. Convinced that dwindling petroleum resources will soon bring the modern world to a halt, they've dropped out of productive (and vehicular) society, choosing instead a life of free-wheeling vagabondage. As they trek across the Catskills, they break into a series of vacation homes, holing up until they either run out of food or are chased off. The pattern is interrupted, however, when they run across a teenage boy (Brian Charles Johnson) who insists on joining them. No sooner is he assimilated than an aimless young woman (Laura Campbell) also comes aboard, and the dynamic of the group changes with significant consequences for all.

Check out the clip below!

Check out an exclusive clip from indie comedy DOOMSDAYS!

Posted by ScreenAnarchy on Wednesday, June 10, 2015

Do you feel this content is inappropriate or infringes upon your rights? Click here to report it, or see our DMCA policy.
clipcomedydoomsdayseddie mullinsjustin riceleo fitzpatricktrailer