Todd Brown
Founder and Editor; Toronto, Canada (@AnarchistTodd)
Tweet Post Submit
A buzz title on the fest circuit - having drawn great response at the Stanley Film Festival, where it was acquired for distribution by Image Entertainment - a new poster has been released for Adam Egypt Mortimer's slasher picture Some Kind Of Hate. Here's how Stanley described the film:

When a troubled teen is subjected to severe bullying, he accidentally conjures Moira Karp. Once a teenage girl pushed to suicide, Moira is now an unstoppable force on a mission of gruesome retribution. But when she goes too far, he must prevent her from spiraling out of control in this passionate and vividly violent supernatural thriller.

Check the poster and trailer below! 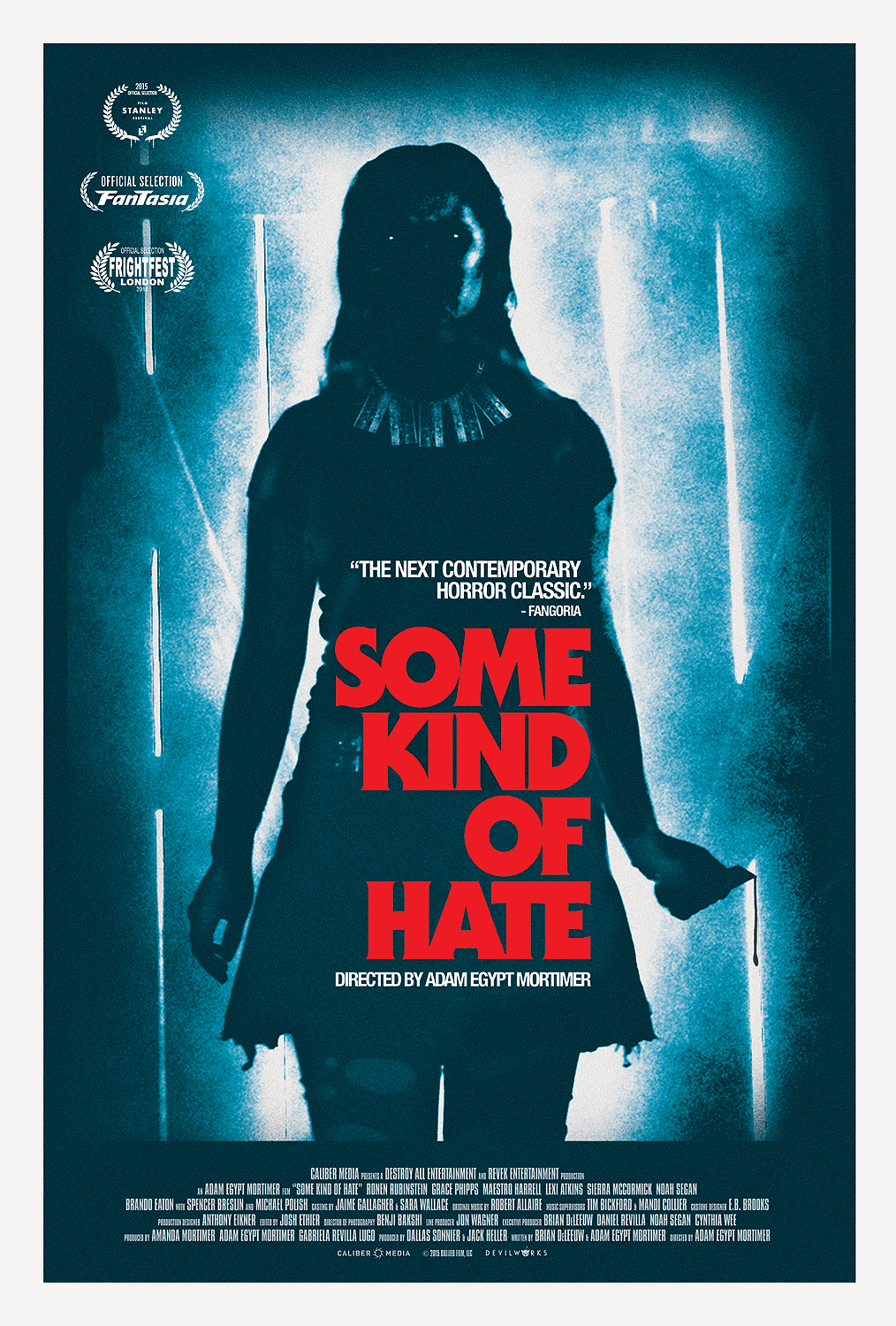 Do you feel this content is inappropriate or infringes upon your rights? Click here to report it, or see our DMCA policy.
adam egypt mortimerposterslashersome kind of hatestanley film festivaltrailer