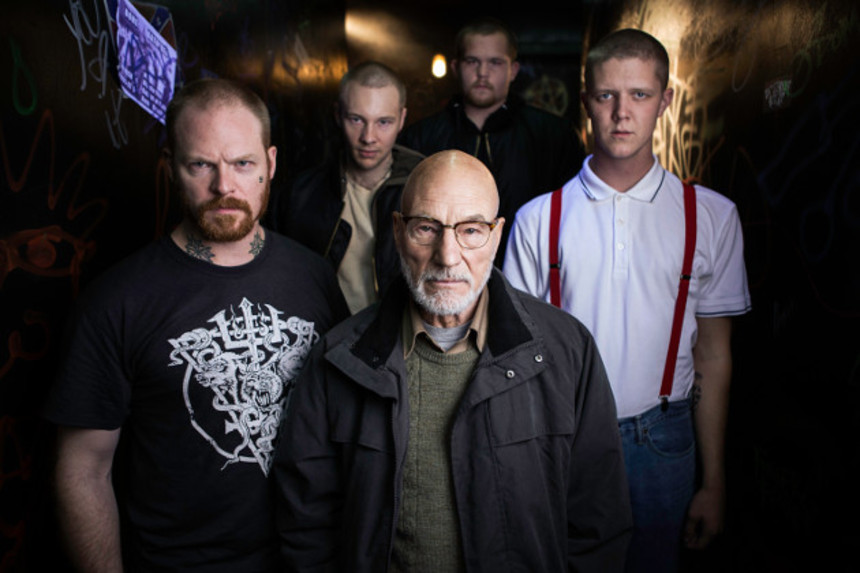 How do you follow a film that many have acclaimed as a masterpiece? Well, if you're Blue Ruin director Jeremy Saulnier you gun to do it with another one. Cue up 2015 Cannes selection Green Room, Saulnier's third feature soon due to screen as part of the Director's Fortnight program.

Down-on-their-luck punk rockers The Ain't Rights agree to a last-minute gig in a backwoods Oregon roadhouse only to find themselves caught in the crosshairs of a violent white-supremacist gang. After finishing their set in the no-name skinhead club, the band members stumble on a grisly murder scene and are targeted by a ruthless club owner and his henchmen, determined to eliminate all witnesses. Hopelessly outmanned and outgunned, the terrified musicians barricade themselves backstage to buy time for an escape attempt. As a heavily armed militia mounts a deadly assault, the survivors pull together in a last-ditch effort, surprising their opponents with unexpected ingenuity and courage.

Anton Yelchin, Macon Bair and Patrick Stewart anchor the cast of Saulnier's latest and we are beyond pleased to present the first clip from the film. Check it out below.