Destroy All Monsters: Why Everyone Thinks Piracy Is OK 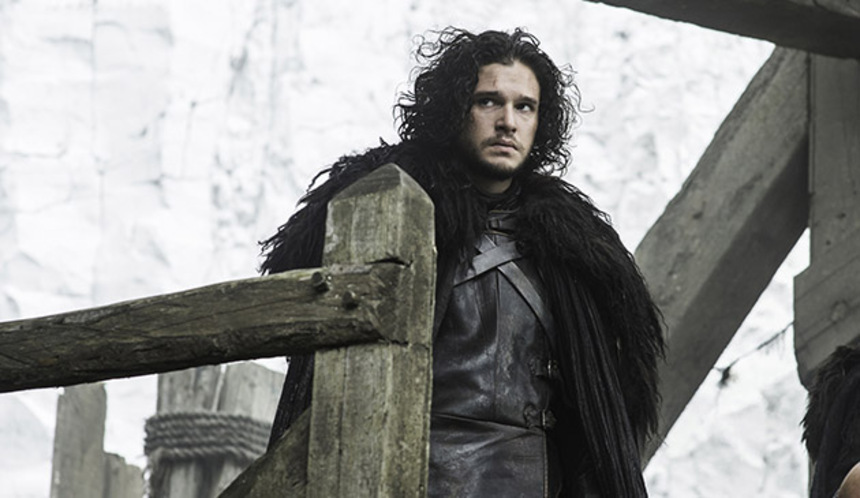 This week, the episodes of HBO's Game of Thrones finally caught up to this season's piracy leak, which saw the first four episodes of Season Five released illegally some 24 hours before the season premiere on April 12. For any users who downloaded and binge-watched those first four shows, I hope you enjoyed your month off!

There were those who wondered aloud about if/how/whether HBO's on-demand streaming service, HBO Now, would have impacted Thrones' piracy rate. (Answer: it wouldn't have. Available only in the United States, HBO Now's effectiveness as a piracy-prevention solution is roughly equivalent to sticking the proverbial single finger into the multi-holed dike.)

On a larger level, a piracy event of this scale raises the eternal question about whether we've simply passed the point where the majority of entertainment consumers consider piracy to be a crime, or even a halfway-naughty leisure activity.

I've been wondering if online content - any online content - simply does not tally in most users' minds as something with any inherent value, regardless of where it comes from or who makes it. We call this piracy (and it is), but how many people really see it that way, or care?

We've seen it happen to music, and to movies, and to television, but in each case, the thing being pirated stands in some way apart from commodities that we traditionally associate with pay-with-money value.

Television is perhaps the easiest to understand. For everyone my generation and older, television grew up in a magic window where the price to consume was simply the price of buying the equipment. If you plunked down X dollars for a TV set with those weird silver spikes sticking out the back, theoretically, you'd be able to suck down media from the aether to your heart's content, without paying another direct dime.

Cable television perhaps rewired this somewhat, literally and figuratively, but I think the core relationship with TV - naturally, nationally looked down upon for the majority of its lifetime, and only just now being given consideration as serious art - hasn't changed much since the 1940s.

With movies, the thing being pirated is, itself, already wholly separate from the thing we're used to paying for in the motion picture realm. We pay $12 to go to a movie theatre and stare at our smartphones while Furious 7 is playing; we (used to) go to Blockbuster to retrieve a physical object for $5, which we'd have to cart back a few days later. These were real-world, outside-the-house processes.

Neither of those experiences are simulated by piracy. Pirating a movie is already jumping the line from stealing an experience - which, arguably, can't be stolen; hence Avatar's box office success and relatively low piracy rates - to stealing content. That word - content - becomes important later.

I'm at the point in my life where the theatrical movie experience is less and less integral to my interest in the movie itself. I'm not much of a pirate, but I'm perfectly happy with most small-to-midsize movies being released day-and-date through iTunes, Netflix, or something else. If I could have digitally rented Ex Machina, I would have - twice - even though the experience of seeing the film in a theatre was arguably significant to my reaction to it. I'm lazy; and so, I assume, is everyone else.

I'm much more likely to see them if I don't have to leave the house and expend the time and effort on either side of the transaction; and for anything below an Avengers-sized movie, I quickly realized that I didn't care about the delivery mechanism as much as I thought I did.

Something roughly equivalent happened to music. When Napster shattered the music industry, it did so less by making music freely available than by demonstrating to the majority of consumers that they didn't really care about owning a physical CD to make the mental connection that they did, in fact, "own the music." As in all things consumer-related, the majority rules; and so, the music industry as we knew it went bye-bye. Quickly.

The same lesson, then, is true for all: what online availability did across the board was to turn varied and distinct art forms - each with its own form of real-world industrial currency - into the same, homogenous thing: content.

And we're doing it at wildly varying price points, and wildly varying levels of quality, and with wildly different results; and the other guys - the ones called "content consumers" - are demonstrating the same thing over and over again: they don't care.

Why is film criticism on death's door? Because the majority of consumers (there's those words again) don't care if they get their film recommendations from Roger Ebert or a percentage sign on RottenTomatoes.com.

Why is Game of Thrones the most pirated television show of all time? Because the majority of consumers just want the content. They're baffled by it when they receive it, and have long since stopped being able to track which Bolton did what to which Stark; but they'll gobble down however much of it is available, because - uh - they have to do something, I guess?

Anyone who doesn't care how they get Game of Thrones - if they are in any way a sane, rational human - will not voluntarily pay any more for it than they actually have to.

Piracy can be legislated, slowed down, stopped in any number of technological ways - the simultaneous, if brief, asskickings of The Pirate Bay and KickAss a few months ago made the internet rather a hoot for a week or two - but the root of the problem will never be the pirates themselves.

The root of the problem is simply this: content has no assumed value, in the minds of many consumers. It's homogenous paste. And there's always more paste coming.