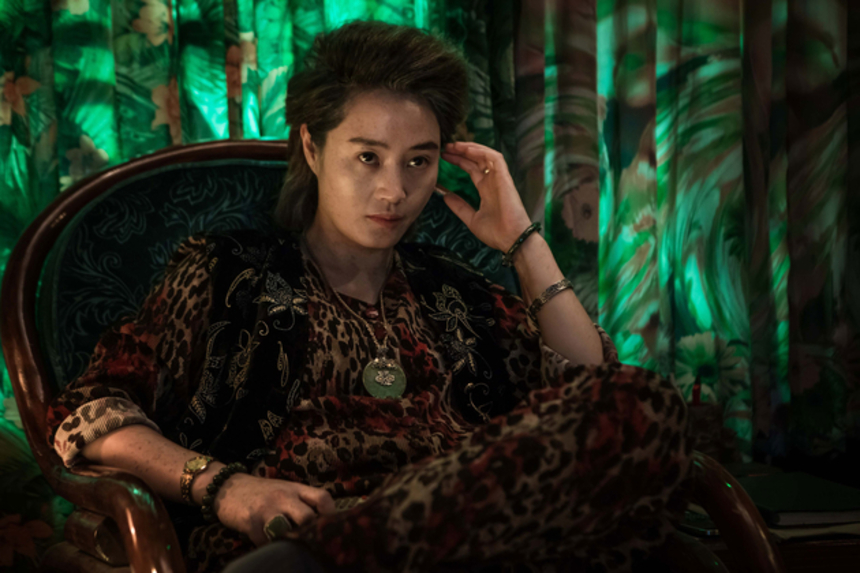 Against a parking lot bursting with saturated colors, a person lies on the ground, at the mercy of another standing above them who wields a sashimi knife still dripping red from its last kill.

Dark, bloody and stylish, this could be the beginning of just about any Korean noir. But Coin Locker Girl is trying something new, as these two characters are played by none other than Kim Hye-su, one of Korea's most glamorous leading ladies, and Kim Go-eun, its latest fresh-faced starlet.

Han Jun-hee's debut seeks not to redefine the thriller genre in Korea so much as it tries to update it to reflect a new Korea, one in which people are beginning to resist patriarchal norms, and where immigrants can no longer be brushed aside as an afterthought (it's no accident that the story takes place in Incheon's Chinatown, the Korean title of the film).

Abandoned by god knows who, Il-young's journey in life begins as a wailing infant trapped inside a subway coin locker. Seven years later she's lifted by a shady opportunist who sells her to a seedy loan shark madam in Chinatown. A decade on and she's part of the madam's 'family', and has become rather effective at collecting debts. But the gruff and tomboyish Il-young discovers another side of herself when she meets a young man saddled with his father's debt. Feeling empathy for the first time, she crosses her matriarch, whose reaction is swift and brutal.

The female leads are an undeniably fresh touch, but it must be said that Coin Locker Girl offers nothing new to the gangster/revenge pantheon of Korean cinema. A loyal foot soldier disobeys a boss when romance wafts into the air, is severely punished and then seeks revenge. Sound familiar? Though grittier and more emotional, Han's film bears more than a passing resemblance to Kim Jee-woon's A Bittersweet Life (2005).

What Coin Locker Girl does have, and plenty of it, is style. The production and costume design is earthy, the colors are rich and the cinematography is gorgeous, but above all the whole mise-en-scene adds up to more than the sum of its parts, boasting the keen touch of a director who's willing to see what he can wring out of his talented crew and is not afraid to experiment. A former assistant director on the comic melodrama Ba: Bo (2008) and writer for the psychic thriller The Gifted Hands (2013), Han's resume didn't inspire much confidence. But his debut, as well as its invitation to Cannes' Critics' Week, has announced him as someone to watch.

She may be buried under frumpy clothes, padding, makeup and a frizzy wig, but the smouldering charisma of Kim Hye-su, star of Tazza: The High Rollers (2006) and The Thieves (2012), is still very much present in Coin Locker Girl. Rather than tone down her sex appeal to play the domineering but homely matriarch, she channels it into a threatening performance that hovers over the whole film despite her relatively brief time on screen.

Appearing in most of the film, young star Kim Go-eun, who shot to fame as a precocious high school girl in Eungyo (2012), is the real lead of the film. She holds her own against her veteran co-star (who receives top billing) with a turn that is at first gruff, eventually empathetic and confident throughout. Still it's a big part and Kim, though gutsy, is a little green around the edges, at times trying too hard and not always able to land the film's many emotional beats. Simply put, she's a good lead, but her best work is definitely ahead of her.

Also worthy of mention, though appearing in a much smaller role, is Jo Bok-rae, who plays the man who sells the young Il-young. Jo was the standout in this year's otherwise lacklustre C'est si bon and he once again shows boundless charisma here. He's a talent to watch and with any luck, he'll become a big name before long.

It may not break any new narrative ground, but genre fans should find plenty to like in Coin Locker Girl. With its strong female characters and earthy style, Han's debut is a sharply staged affair that does enough to differentiate itself from the over-saturated Korean noir field.