The marketing team behind S.S. Rajamouli's (Eega) Baahubali have really begun to turn up the heat, and after nearly 2 years in production we're starting to get solid looks at some of the amazing imagery the film has to offer. Today we get our first official character poster for Shivudu, the film's protagonist played by Prabhas. The image is strong, as is Shivudu by the looks of it, and does a fine job of continuing to create buzz for what is likely to be one of India's biggest hits of the year both at home and abroad.

Baahubali didn't appear out of nowhere, though, Rajamouli has been working toward this kind of breakout success for a while in a Telugu film industry mired in predictability. While he's worked within the confines of the Tollywood film machine for over a decade, even back to his earliest films you can see a touch of daring and the urge to move beyond that few Tollywood filmmakers have, and even fewer who work within the mainstream.

Rajamouli has made a solid career out of creating mold-shattering star vehicles for Tollywood royalty like Jr NTR (Yamadonga), Ravi Teja (Vikramarkudu), and even Baahubali's star Prabhas (Chatrapathi). However, it was with Eega, a film with huge ambitions, an amazing high concept, and absolutely no big time star power, that Rajamouli finally made his mark on the world. Baahubali follows up on that success with this most ambitious project in Telugu cinema to date.

Helping him to conquer the world outside of Andhra Pradesh is Bollywood big-shot Karan Johar's Dharma Productions, one of the biggest film production houses in India. Baahubali will be released worldwide day and date in three languages, which is not uncommon for big budget films, what is unusual is getting a Bollywood production house involved at this early stage. Eega, retitled as Makkhi for the Hindi market a few months after its initial release in the summer of 2012, was among the very first truly successful south Indian films on North Indian screens, which piqued the interest of the Bollywood establishment and is going to allow this film to spread much further than it could have one its own.

The excitement from all over the world is palpable, and for those of us who are intimately familiar with Rajamouli's ambition and history of radical innovation, it's going to be a long 10 weeks until Baahubali opens in July.

In the meantime, we have Prabhas' abs to keep us company. 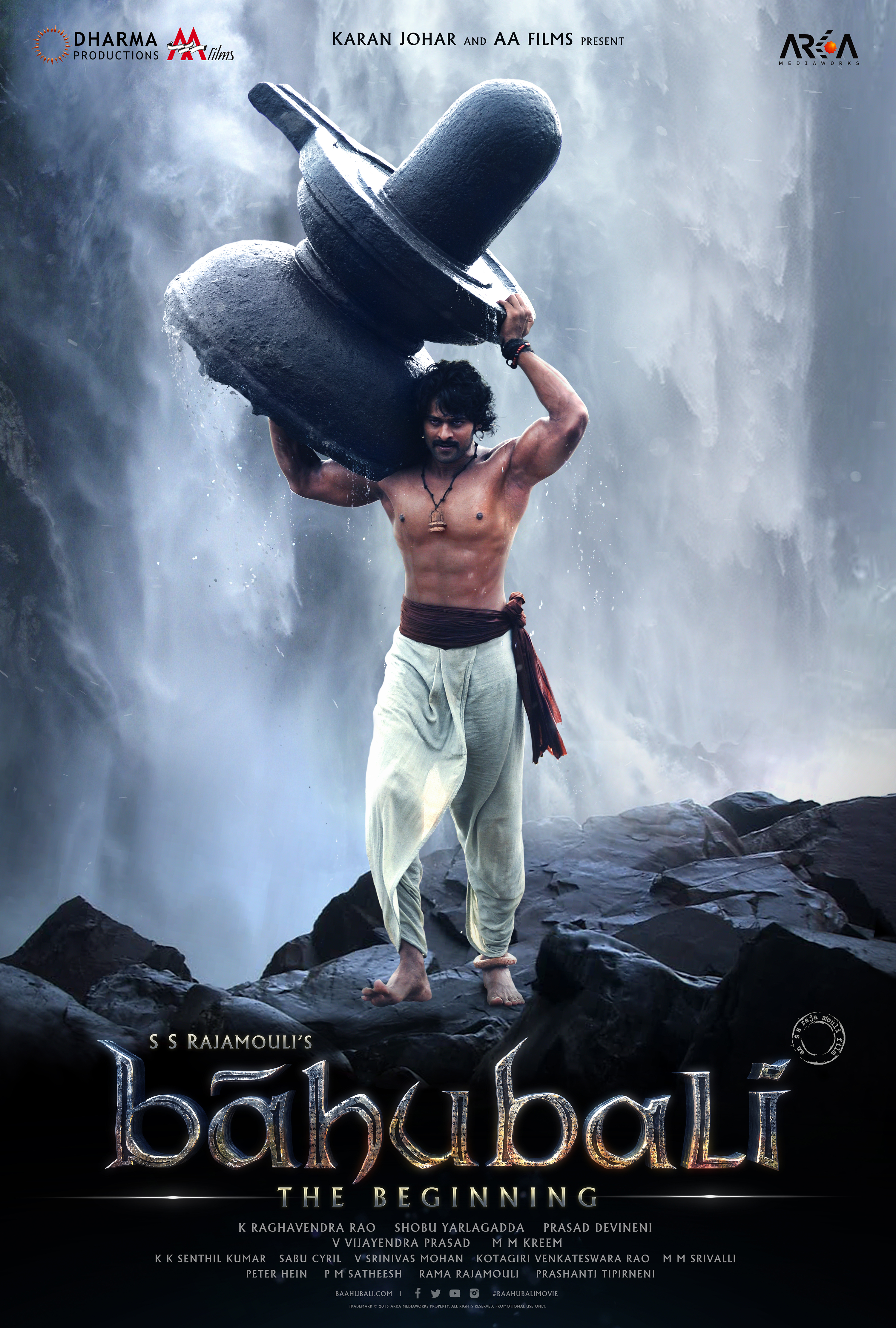