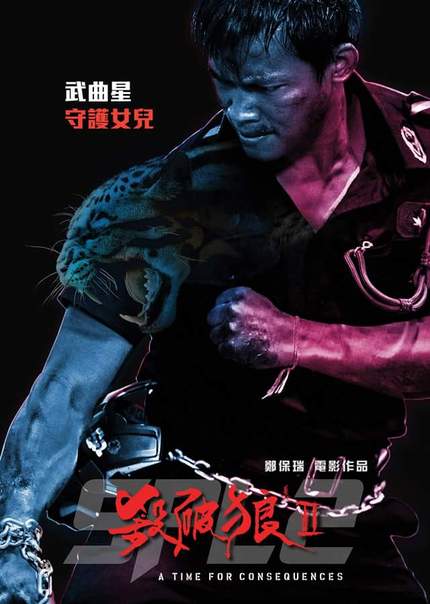 While Thai martial arts star Tony Jaa may not have gotten a whole load of screen time in Furious 7 it seems like very nearly the entire population of the globe has seen at least a little bit of him in that film by this point. And if they like what they see there ... well, here's an option to see a whole lot more of him in the near future.

Jaa stars opposite Wu Jing, Simon Yam and Louis Koo is the upcoming, Soi Cheang directed SPL 2: A Time For Consequences and with the film's release in Hong Kong edging nearer a second trailer has recently arrived. It's got violence.

After busting a local gangster Hong in an undercover operation, hard-boiled cop Kit is captured by Hong's men and wakes up in jail in Thailand facing a life sentence. While in police custody, Hong strikes a deal with Kit's supervisor Wah to trade his freedom for Kit's. Wah traces Kit to Thailand and manages to convince to new prison guard Chai to help save Kit because Kit is one of the few eligible bone marrow donors who can save Chai's daughter, who's suffering from leukemia. Hong breaks out of jail and flees to Thailand and order Kit's executive. When Kit learns of Hong's jailbreak, he's determined to bring him to justice.

Do you feel this content is inappropriate or infringes upon your rights? Click here to report it, or see our DMCA policy.
louis koomartial artssha po langsimon yamsoi cheangspl 2tony jaatrailerwu jing