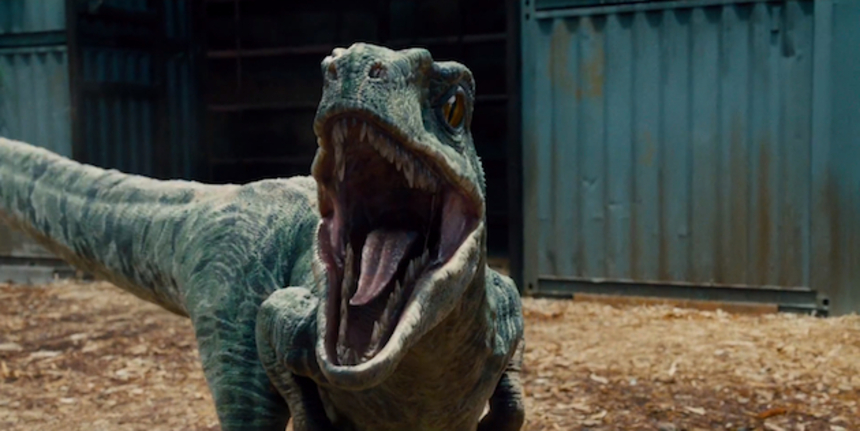 The first full trailer for Colin Trevorrow's Jurassic World, the fourth in the on-again-off-again franchise, was released today.

I'm not sure about this, but has an audience really, truly looked forward to a Jurassic Park flick since The Lost World in 1997? Because after that we all know how it turned out and it then seemed like most said "No more."

But there's a legacy to unwind here, a legacy of cold hard cash and the need to turn everything into a franchise, and the ever dimming hope that perhaps dinosaurs can still inspire awe and wonder on the big screen, so here we are.

Okay, so let's see what we've got: A genetically modified super dino runs amok at a now finally functioning dinosaur safari park. The stakes are high because this time we've got twenty thousand tourists on the dinner menu. Plus the oh-so big revelation that animals can be intelligent! Oh. My. Chris Pratt can't charm his way through this dumb grin of a trailer.

Truth be told the basic scenario here sorta feels like it could be a great satire of what many blockbusters like the original Jurassic Park have become: overloaded, bloated, noisy amusement parks themselves. But that's probably just me attempting to rationalize this movie's existence. And then again, one could argue that's part of what the first film was winking at, too.

But, hey, what's your take? Watch the trailer and let us know in the comments below.