Crowdfund This: JIÀOLIÀN [COACH], An Inside Look At Basketball In China 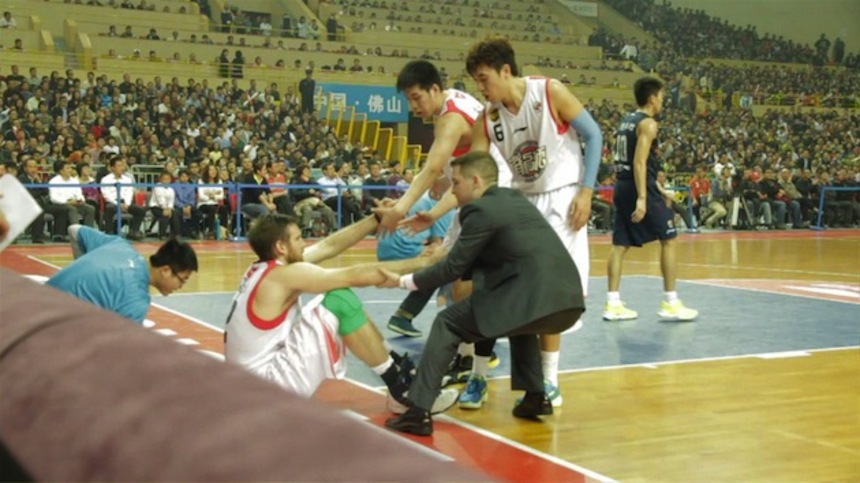 It's rare on 'Crowdfund This' to feature a campaign for a documentary, which makes today an intriguing one on the outset. But wait until you take a closer look at just what Esteban Argüello's Jiàoliàn [Coach] has in store.

Jiàoliàn [Coach] is a basketball doc for our global 21st century, a story of strangers in a strange land, a tale of finding friendship through kindred passions. Like any good looking sports film it appears to transcend the subject and appeal to non-sports fans (like myself), as well as feature a fascinating underdog story. A fine recipe if there ever was one.

Directed and produced by Argüello, the film's prime narrative sees American Norman de Silva, an assistant basketball coach in the states, upend his life and move to China for the chance to lead a CBA (Chinese Basketball Association) team to victory. With a mix of Chinese and American NBA-level players, the sport is just as powerful and exciting to watch in the east. With the influx of Westerners into the league, this also present a person to person take on the ever changing world of international business.

A personal journey, a team effort, a fresh look into the ever-morhping world of Modern China, with some big court spectacle to boot, Jiàoliàn [Coach] has caught my eye for it promises as an in-depth look into a mostly unfamiliar place via a culturally familiar thing.

At the moment, Argüello and his crew are in the homestretch, having shot and edited the doc. Now it's time for other post production services, such as color correction, post audio mixing and music. Halfway through their IndieGoGo campaign, they're angling to their goal of $16,000. So take a look at their pitch video embedded below, then head on over to their page, read a bit more about the CBA and Coach de Silva, and consider dropping a few bucks in the basket. Also note they're a non-profit, which means any contributions over the $35 line are tax deductible!

Check out Jiàoliàn [Coach] on IndieGoGo

Do you feel this content is inappropriate or infringes upon your rights? Click here to report it, or see our DMCA policy.
basketballbasketball documentarycbacrowdfund thisEsteban ArguelloindiegogoJiàoliàn [Coach]nbanorman de silvasportssports documentary